Easily troubleshoot for your users through their eyes

Often, a user might be experiencing an error in their Jira or Confluence instance which the admins cannot replicate on their separate account. Rather than waste time going back and forth with endless emails and screenshots (we’ve all been there, thinking, “maybe if I highlight in GREEN this time they’ll be able to see the issue..”), using the latest switch user function in Power Scripts™ for Jira and Power Scripts™ for Confluence, Jira and Confluence admins will easily be able to sign in as another user to experience first hand what permissions the users have and which issues they might be having. This is especially useful in situations where the Jira or Confluence admins do not work in the same location as their users, saving valuable time and avoiding miscommunication.

Faster than flicking a switch!

This functionality is so easy to use, simply select the ‘Switch User’ option from your drop down menu. Unlike some other apps, this functionality is convenient to use OOTB, no need to run separate scripts! This new feature also eliminates the needs to install separate plug ins like Werewolf and SU to simply obtain this feature, reducing the load on your Jira instance. 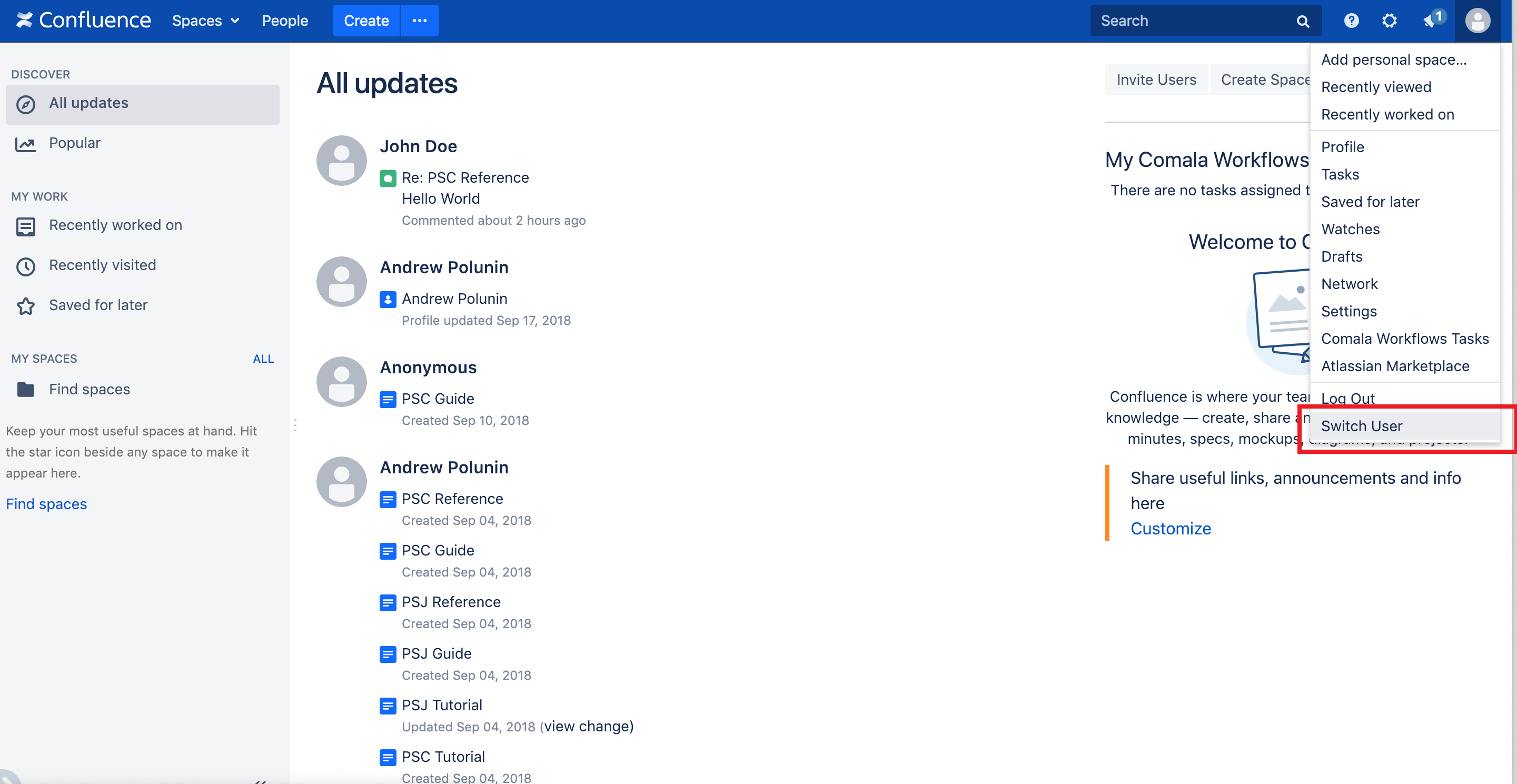 Admins will then have the option to choose which user they would like to impersonate. 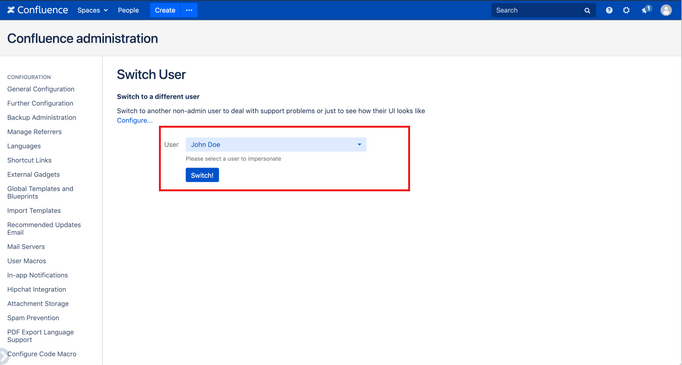 Save your office revenge for another avenue

If the idea of someone impersonating you makes you feel a little uncomfortable don’t worry! Power Scripts™ for Jira and Power Scripts™ for Confluence have both enabled strict recording and audit rules around the ‘Switch User’ functionality so admins will have to think of another way to get revenge on the person that stole their lunch. That’s right, admins won’t be able to make any changes under your name that would go unnoticed, so don’t worry about your user account!

Every time an admin uses the ‘Switch User’ function, this action is recorded in the regular Jira logs so people can easily see when these occurrences took place if needed. More importantly, unlike other apps which offer a "Switch User' function,  using Power Scripts™, admins are not able to impersonate any users that have higher permissions than that admin originally had, so admins would not be able to use this function to gain higher privileges they are not eligible for.

Switch back and forth seamlessly

Once the admin has done their investigation using the relevant account, they can easily switch back to their own account by selecting the ‘Switch Back to Admin’ option from their drop down menu. Unlike other apps, we don’t make admins go through the trouble of logging out and then having to log back in again when they want to switch accounts. 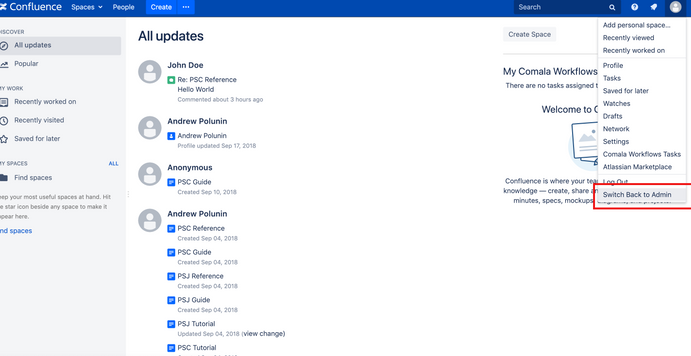 This was the most awaited feature in Power Scripts, by most of its customers ! Great progress !

User impersonation saves so much time when troubleshooting issues - glad PS has this now!