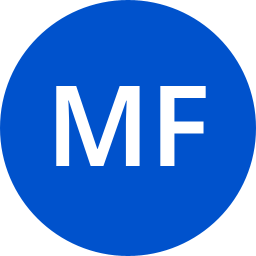 Stuck on this last little piece of automation: When an issue link is added to an issue, I need to update a cascading select field on this issue by pulling from the just linked issue. I have tried several different methods, and the one that will work forces me to change up my destination and source links, but that then disables other automation rules and puts me in the same position on those as well. What I would like to do is as follows, but put in the right variable to look to the recently linked issue: 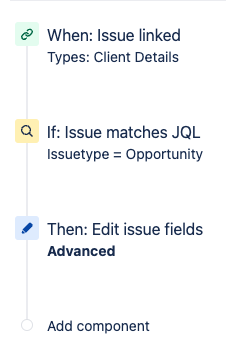 And within that Edit function, I have put this JOSN in: 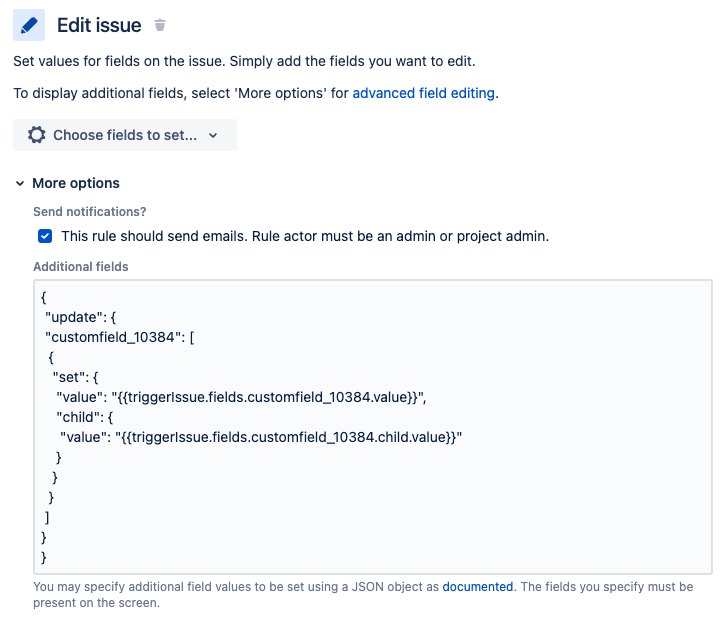 I need to replace the "triggerIssue" variable with the proper issue link variable, but not sure what works here. ost of the documentation I am seeing assumes you just select from a pre-built automation rule, but it does not work with Cascading Select fields and needs to be captured in JSON.

Did some modification to the JSON, built a similar copy text field from linked issue automation rule and exported it, went through and tried to pull out the linkTypes variable, but still isn't working. 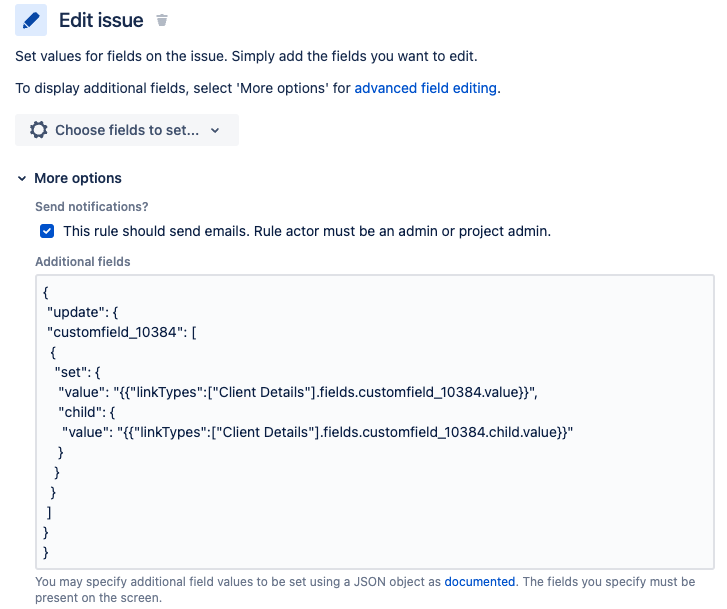