How the World of Agile Has Changed Since The Agile Manifesto

Time flies really fast! It’s already been 20 years since the famous Utah Mountains meeting of 17 passionate individuals from the software industry who came up with the Manifesto of Agile Software Development. Ever since, the world of software development has never been the same, but it didn’t stop there… Let’s walk down memory lane and see where Agile is now.

The origins of Agile

According to Dave West (Scrum.org CEO), “The tenets behind the #agilemanifesto weren’t invented by us; they’re the tenets of the scientific method Galileo used them. Archimedes used them.”  With this in mind, was Agile something new, invented two decades ago, or a pre-existing framework that gained a new sense? 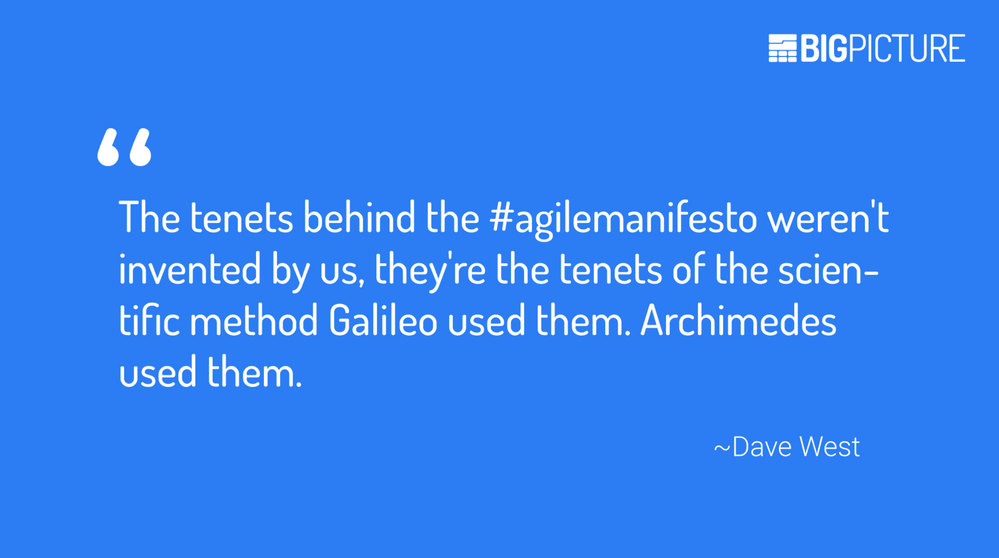 The factual origins of agile can be traced back to the 1950s. That is when evolutionary project management and adaptive software development were prominent. They followed the principle that a continuous process adaptation is mandatory to deliver work. Then in the 1990s, to contrast the widely known waterfall approach, lightweight software development methodologies started to emerge. The waterfall was considered overly controlled, and a more dynamic and collaborative approach was desired.

Story of The Agile Software Manifesto

Back in 2001, a group of representatives of different software backgrounds: Extreme Programming, SCRUM, DSDM, Adaptive Software Development, Crystal Feature- Driven Development, Pragmatic Programming, spent a weekend in the Snowbird ski resort. Surrounded by food and wine, they had a fantastic opportunity to share their frustration. Their center point was customer satisfaction. How excessive planning and documenting software development processes consumed companies. Even though some of the revelers were in their professional lives competitors, they could put their differences aside. They mutually agreed on a list of values, which defined the culture of agile. That’s how the Manifesto of Agile Software was born and came to life as a revolution in the software industry. 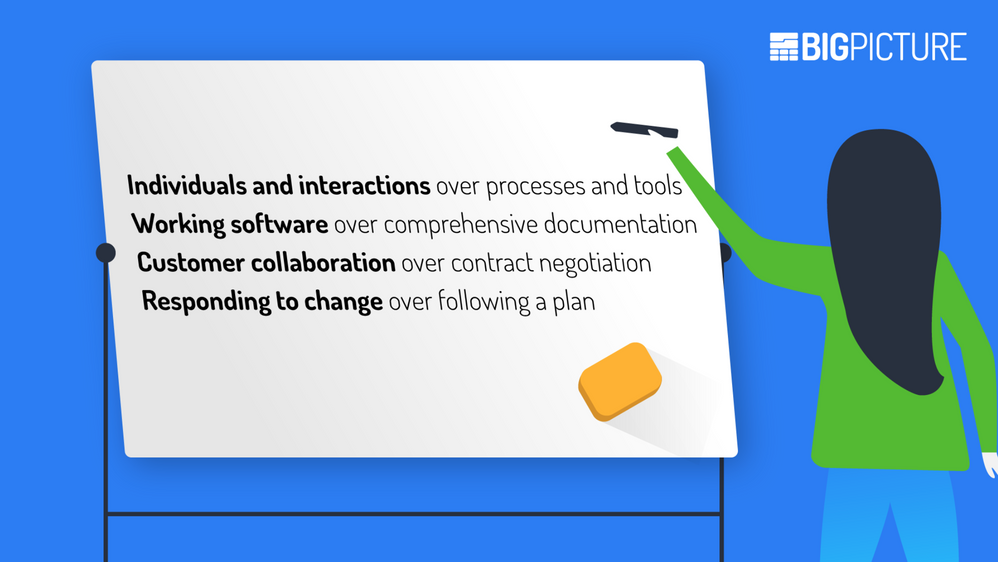 In the following years, some of the founders of the Manifesto (The Agile Alliance) wrote several addendums and further extensions to the original paper. The goal was to promote the values further. That led to creating the PM Declaration of Interdependence, Software Craftsmanship Manifesto, and Agile Alliance.

The progress of Agile

The Manifesto for Agile Software Development was created purely with the intent of the IT industry. From a 20 years perspective, we can see that the challenge firstly began when agile became widely popular within IT. Then the success became widely known to the world, and other industries wanted to join this transition. The question was how to transfer it to other markets? The beauty of the values incorporated in the manifesto proved their flexibility and capability to transition and impact other industries outside of the software realm.

The penetration to other industries was gradual, as there is no one way to Agile. Step by step, different industries and departments started implementing agile values. As a consequence, their focus shifted towards internal and customer collaboration. Detecting mistakes at early stages resulted in faster and more accurate workflows and delivery. For example, Marketing started implementing backlog sprints, which are the main part of agile. Marketing slowly started noticing its benefits to the overall processes. In effect, agile developed in so many ways and was adapted by so many industries.

The transition of Agile

Agile in its pure form never touched a wider spectrum of a whole organization. With the growth of agile teams and the acquisition of more complex projects, agile needed to scale up to keep the right balance. Facilitated big agile implementation became a must to sustain the right level of speed. Back then, there was a gap in framework accessibility between development and management. Agile teams were working efficiently. However, there was noticeable traction with other non-agile teams in organizations. This laid the foundation for scaling agile by developing agile at scale methodologies. They promote alignment, collaboration, and delivery across a large number of agile teams. Scaled Agile frameworks, such as SAFe. Nexus, Large Scale Scrum, Scrum at Scale, Disciplined Agile Delivery grew beyond a single team problem and captured a wider scope of the whole company.

The move into management

Companies acquiring any Agile approach undergo long-lasting processes, which are more or less radical to the overall management structure. HR or Finance departments were not taken under consideration in the original plan. However, they quickly had to adapt too. Consequently, organizational hierarchies had to flatten. This, of course, greatly affected remuneration and promotion patterns. The crucial factors to justify the importance level within the organization become the decision hubs and knowledge streams. Non-IT teams started implementing more and more agile methods to upscale their performance. Cross-functional teams became more apparent. Dropping the barriers between siloed teams and experts working together resulted in much more efficient outcomes. Daily scrum meetings and sprints restored better work process management. To eliminate potential pitfalls to internal and external practices, understanding and assimilating problems clients were facing, Use cases, and User stories became evident.

With all the transitions, Project Managers’ level of importance slowly started to degrade. In SAFe, a phenomenon such as “project” doesn’t exist. Therefore, the position was replaced by Product Manager. The overall management is very much customer-centric. Product and Solution management turned each decision towards customer satisfaction.

The current state of Agile

The last 20 years showed us how the world of agile had undergone a massive transition. The manifesto principles are still valid and present to this day, in one way or another. They grew beyond the originally set frames. From establishing The Manifesto for Agile Software Development values, by software market acquisition, evolving from the team level through cross-functional departments to the organizational level. According to Capterra, 71% of companies use the Agile approach. This means seven in ten organizations have already realized the value of agile adoption. It’s been a long way. Following this trajectory, perhaps in the next 20 years, we will be answering a totally different question than we originally started: How The Manifesto for Agile Software Development influenced how we run organizations?

With all these changes and transitions, it is challenging for organizations to follow the wind of change seamlessly. Hence, it is imperative to implement resourceful software, which supports the continuously evolving agile. BigPicture ranks here perfectly. Thanks to continued development and perfecting the system, it follows the trajectory of a demanding market before, during, and after agile transformation.

As always thank you @Anna-BigPicture for the post. To make your post most exciting, here's the real time pic from that meeting. 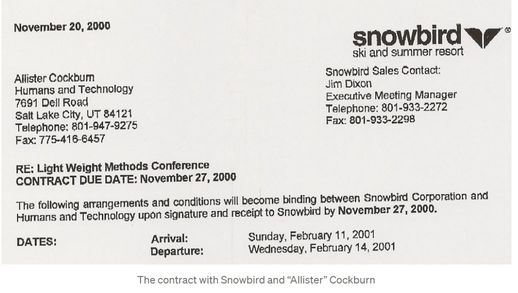 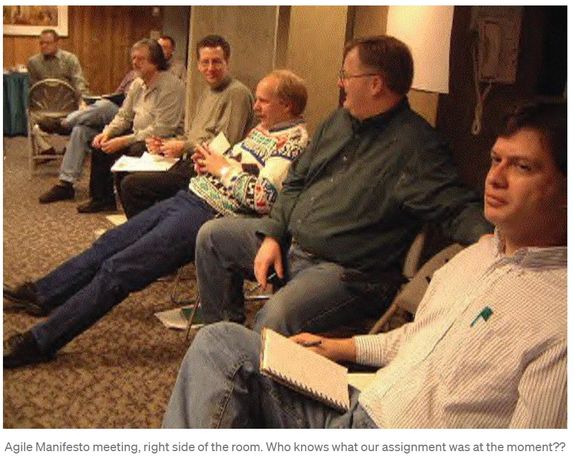