So the remedy would be to have the report track the most recent History Status of triage, but how do I setup my filter to do that?

But the filter on History Status groups together all instances of the jira having been in the History Status so that it measures it that way. This results in a jiras that show up as being in Triage state for a long time, like 5 days or so, but that's because it was in the "Triage" status multiple times. The one I want to have the option to measure is only the most recent one.

Is there a way to have it only return a line in the filter, if it's the most recent instance of having been in the History Status?

I believe Time Between Statuses could help you with this request.

This add-on calculates status to status time. And it has the function which allows customizing the calculation by choosing the first/last transition to/from the status.

So in your case, you can select the last transition to or from status to get the most recent data. If you will have any questions I'll be happy to help you. 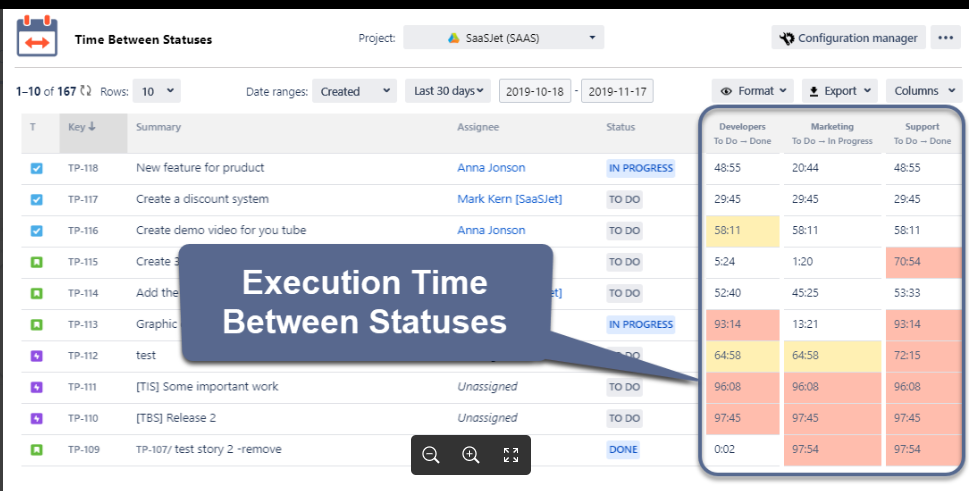 Since this question is dormant for a while, I recommend submitting a support request in the plugin's customer portal. I'm sure they'll be able to help you.