Creating a space from a directory of folders and files you already have? Try SpaceUnZip!

Here at TechTime Initiative Group, we have been showing some of our smaller apps some love. SpaceUnZip has received a spruce up by one of our Summer interns, Richard White.

SpaceUnZip is an app for Confluence designed to make it simple to create fully-formed spaces from a directory of folders and files you already have. Here it is on the Marketplace.

When would I use SpaceUnZip?

Say you have the user manuals for several hundred products arranged tidily and stored somewhere electronically in a plain directory of folders and files.

Now if you want to share that resource with your team through Confluence, wouldn't it be nice to have a simple and quick way to create a space which displayed all of those manuals and kept the existing structure? That's what SpaceUnZip is made for. Simply zip up the entire folder, upload the zip to a new space and hit SpaceUnZip.

There are lots of other similar cases where SpaceUnZip can make life less tedious. 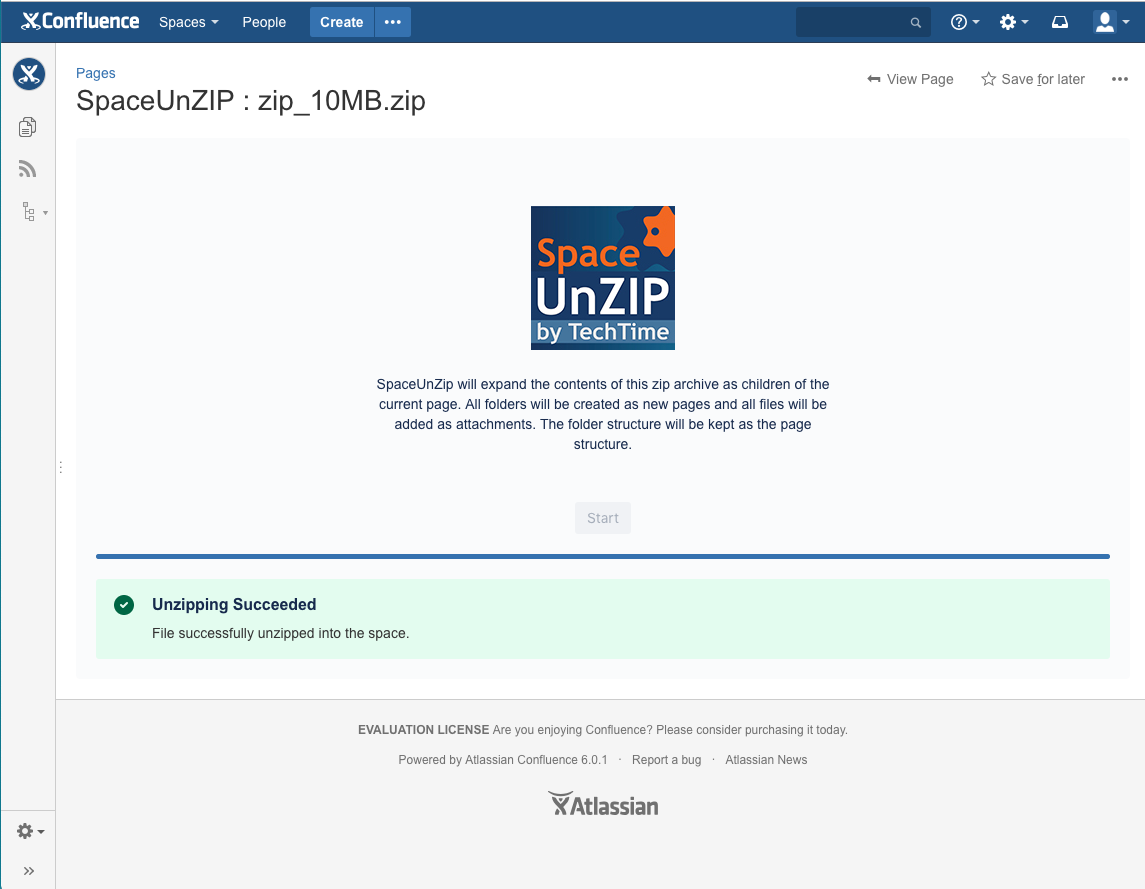 What did we change?

SpaceUnZip has been around for a while (since 2011) and for the most part has done its job well. It has been reasonably popular on the Atlassian Marketplace and we have been sent ideas for new features.

A couple of things really stood out as needing attention:

So we added all of these features into the latest version of SpaceUnZip (1.1.0) and made it even easier to use.

To be able to better support our users and justify this extra development, we have made SpaceUnZip a commercial app, which means we can keep SpaceUnZip supported into the future.

Try it out and let us know how you get on!

Let me time. I wanna examine :)

Awesome article Kat, congrats to you and your team! :)