automation based in person who commeted the issue Edited

I'm trying to do an automation that happens when a person comments on the issue. But I need the person who commented not to be part of a certain group that I defined. For example, when the approver who is not an agent comments, it the automation should not be done because he will belong to the "Approvers" group and when the user who is not an agent also comments and he is not participating in "Approvers" the automation should be triggered.

I tried to do an automation with "commentedBy not in membersOf (Approvers)" but it doesn't work at all. Is something wrong with this syntax? Can anyone help me? Is there another way to do this?

I have the script runner plugin. Would anyone have a script for this or could help me write one ????? 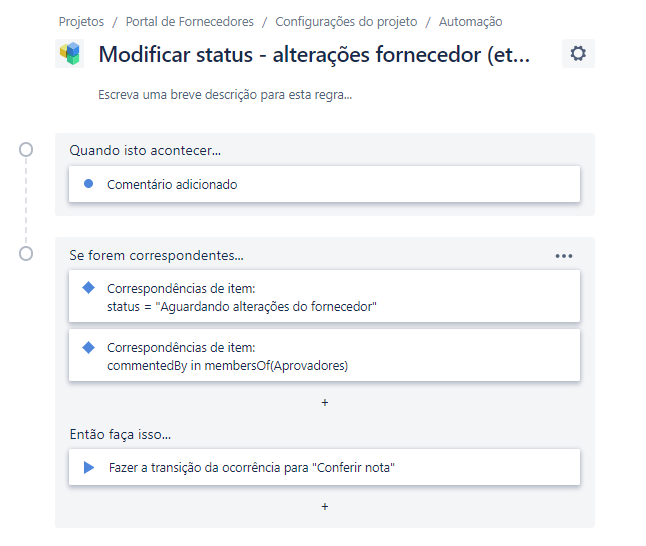 Hi Atlassian community, A few months ago, we offered a sneak peak of the new hierarchy view on the roadmap. Thank you for all the feedback (and excitement) and for helping us shape the direction of...