So I have a Story/Bug/Task that I would like to move from my IN PROGRESS lane to TESTING lane.

That Story/Bug/Task is assigned to a Developer via the Assignee Label. I created a QA label so that when it goes from IN PROGRESS to TESTING the QA tester picking that Story/Bug/Task up can put their own picture in the QA label instead of removing the develop from Assignee and replacing it with their picture. We would like see which developer and QA are picking up the same issue.

How do I go about doing that?

Do you mean the assignee icon square? Unfortunately this is not customisable based on normal functionality.

The user picker custom field is a little more limited than the default user picked fields.

I don't want to change the assignee icon.

Here's a little more of what I am trying to accomplish. You can see the assignees below. For example, if the assignee Andrew is moving his bug from Code Review to Testing, Tarun the QA will pick it up. I created the QA label as you can see in the second photo. When the issue moves from Code Review to Testing I just want the picture on the board to change from assignee to QA.

As of now when I switch the issue to testing Andrew's picture will still show on the board when I want the picture to switch to QA label Tarun. 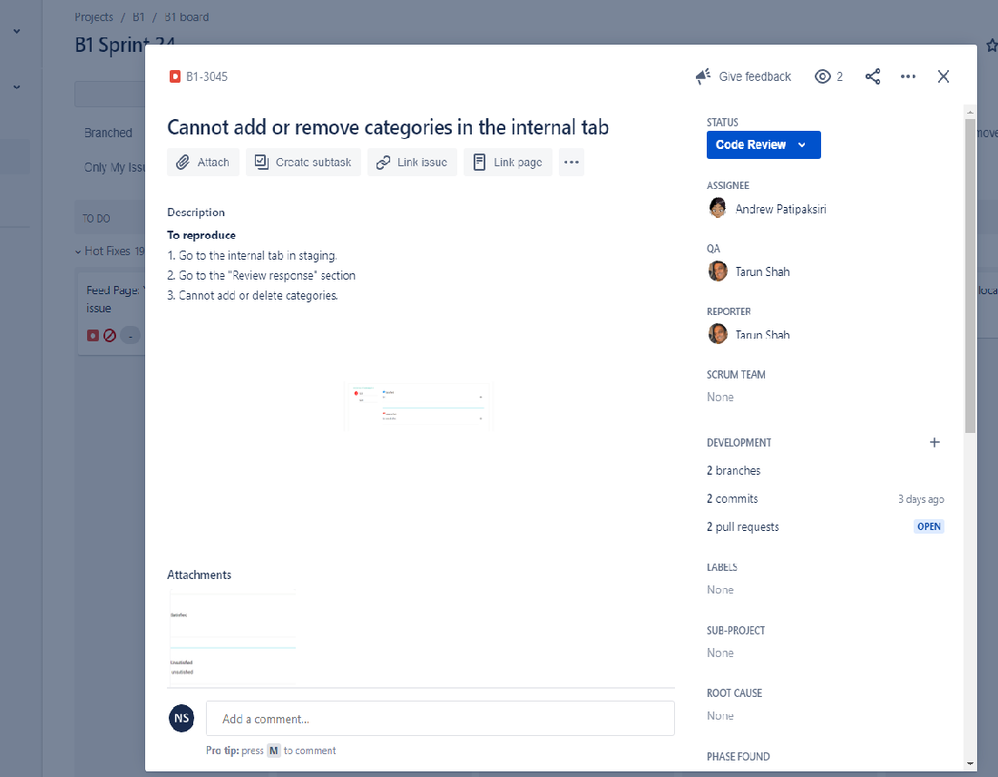 The picture as in the assignee image / avatar which each user has assigned? Such as a cartoon avatar and a photo of themselves (for example, on the Community yours is an "N" in a circle).

This isn't configurable at this stage.

Keep your team in the loop with Team @mentions in Jira Software!

Hi everyone! My name is Jenny, a Product Manager at Atlassian. After launching Team @mentions in Confluence, we heard a lot of positive feedback from customers that they love how easy it is to @men...