I am very new to JIRA and my company is small and its use of JIRA is not particularly robust.  I also realize this may be viewed as more of a philosophical question than a technical one, but my lack of experience with JIRA and lack of knowledge of its features also prompts me to ask this here.

I consider this a "best practices" question.

A teammate created a JIRA issue, then immediately realized he didn't mean to create it, because another teammate had created an issue for the identical problem.

If I read that JIRA issue now, it shows who created it, and the original explanation he wrote, as well as the affected version(s) of our product, and plenty of text explaining the issue was created in error and his advice and suggestion that the JIRA issue number be reused (i.e., the existing JIRA issue repurposed), for the next valid issue that comes along.

Although I imagine this could be done, I'm not sure it should be done.

The original info in the JIRA issue (including such things as who created it) does not seem to be possible to edit or delete, making any such reuse of the JIRA issue more confusing and complicated.  This could be overcome too I would expect, but I'm not sure if it's even worth pursuing.  Or even if it's a good idea.

My "outside the context of JIRA" common sense tells me the JIRA should not be reused, but cancelled, or closed, or marked as a duplicate, or a mistake, or something similar.

There may not be a single right answer here, but I would like to know the opinions of folks who might run across such things frequently.

What should be done in a case like this?

And whatever that is, can I do it, or must he do it? 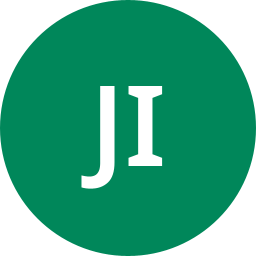 Good morning, this is more a business decision than something technical as you say.

I particularly think that if a duplicate ticket is created by mistake, you think of relating this new ticket to the original ticket, marking the link as duplicate and resolving the duplicate ticker using the "Duplicate" resolution. In this way, the origin of the ticket and the reason are well registered. of the resolution.

Thank you Juan.  My thinking matches yours pretty closely, but I wanted to get a feel for others' opinions before acting too quickly.

First off welcome to the Community where your questions are always welcome.

So in fact you cannot reuse an issue ID, there is no way around that. What you should do is simply set the duplicate as Done (status) and Duplicate (resolution). Further, while there is the ability to delete an issue I almost always advise against doing so. There rarely a reason to do so and it can cause issues.

As to who should close the issue that is more of a team/company call. Generally I run an open ship and allow anyone to transition issues but there are exceptions. If you want to restrict who can close issues you can certainly do this. As an example you might restrict transition to Done by the reporter or by the Assignee.

let me know if you have further questions.

I do not think my colleague was hoping to regenerate a new Issue with the same number.

I think he was merely suggesting that the next time any of us have the need to create a new issue, instead of creating one, just take his, scrub out everything he entered about his problem, and then just enter the info about the new issue, with the end result being that the issue won't look any different than a newly created issue which reports the same problem/content.

I don't personally believe this is a good idea.  If you cannot really scrub everything away then it's really not a good idea.

For our company and our usage, it probably wouldn't be a huge deal either way.

I was just curious what people thought or recommended.

Yuck! To what end? That seems like a lot of work and would end up with a Frankenstein. Your created date would be wrong, history tab would show the original info, etc. I definitely would not do that.

Yep, I agree.  I see mild, but valid reasons against, and I don't see any real upside for.  I will ask him if he has a reason I don't know about, and if not, I will suggest he close it as a dup.

Welcome to the community

Is the number important to you?  You don't need this issue since it's a duplicate, if not just delete the issue problem solved, that is what you do in most cases.

You use duplicate when your client or someone reports a bug or problem for example but you already have an issue with that, you want to keep that someone reported but you will be fixing it in another issue.

Creator cant is edited but the reporter can, you can edit everything except creator and time when is created.

Here is a guide for Jira Software, and the community will help you :)