Hi, I want to be able to move an issue to "Archive" status but without having a column. 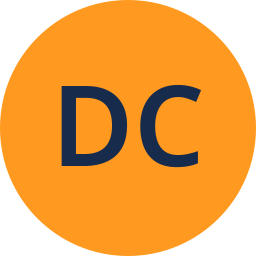 So the Status exists as an option in the drop down but is unmapped so it doesnt show on the Kanban board. But I also want to set the Resolution (which it doesnt let me do on an unmapped status). End result being the issues disappear from the board and are not "Open" but still exist should they need to be looked at again in the future.

The only mechanisms boards have for changing the status are:

1. Drag the card into a column

2. Open the issue up in full view and use the workflow buttons

So, you'll need to add a column if you want to do this from the board.

If you're happy going via route 2, then you could edit the workflow, adding a post-function to set the resolution automatically on the "archive" transition (this is what the option in the "simplified workflow" does for you)

Hi Nic, Been looking through a few of your comments on similar issues. The problem I have is that my users want to remove the issues from the board completely so they are not visible. I can do this by having the Archive status which is fine but what THIS then does is changes the Resolution from Done (which is what the previous status has them as) and they they then show back up on the Open Issues list ! I cant "Set the Resolution" for the Archive status and because there is no column I can't set a post function. Does that make sense ?

Mostly, yes, but the last couple of sentences are not quite right.  Rather than try to explain that in a twisted sort of way, it's better to try to show you what is going in behind the scenes.

JIRA has a workflow that your issue is following.  It's a string of status with transitions between them.  Let's imagine you have a simple case of four: new, writing, done, archived.

The way you've set this up currently is that new, writing and done are on the board, and you have told the board to see "done" as resolved.

In the background, the board has put post-functions on the transition into done to set the resolution.

The board also assumes that any column not marked as resolved should clear any existing resolutions if a user moves an issue into it.  This is the default, and hence applies to your archive transitions.

Yes right OK. Not sure what happened but when I went in to try that earlier the new status didnt show up on the workflow ! I deleted it and tried a couple more things and re-added it and it now appears. All sorted just a post function. Thank you for the quick response and the clear message :)