Done issues do not display in Portfolio Plan 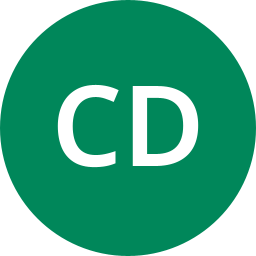 I've reviewed previous questions regarding this topic (https://community.atlassian.com/t5/JIRA-questions/Portfolio-removes-stories-which-are-set-to-quot-green-quot-done/qaq-p/578511) including questions referenced within.

After performing the following steps, I'm still experiencing the issue:

- I'm using Filters for Source Type and have verified the missing stories are in the saved filter.

Done issues were appearing in the Live Plan in late June early July.

I was missing the second bullet point in the big yellow warning box in this article.

I believe I figured out yet another behaviour, which I don't recall to see in any of these discussions.

I think it is the reason for some of the unresolved cases here.

When you create a plan (or for that matter, edit the "issue source" of an existing plan), in one of the steps you get a list of issues, based on your program filtering, to select from, to be included in the plan.

By default, all issues are selected. However, in this step, you don't get the 'Done' issues at all and there is no way to unfilter this. This is why you later on don't see them in the plan - not because of any hidden filter you missed, rather they were never part of the issues selected for the plan.

I get the logic, that when you create a new plan, you are not supposed to plan for issues that are already done. But many of us do want these issues to appear and it might be the case where we set the plan a little later than its actual start date or, as I mentioned before, we edited the issue source later on, at a point where some issues were already completed. Now these issues will disappear from our plan just because we made some edits.

Is anyone familiar with what I just described? Any ideas how to overcome this?

The solution for me to find "done" tickets in my Portfolio plan was the "Resolution" state of the ticket but there is a catch: the new Jira UI doesn't show Resolution, and even after switching to the old version doesn't let you edit the Resolution.

What I end up doing was:

This worked for me, thank you!

I have come across a special situation where the status has been marked as "Resolved" but the the "Resolved Date" field  has been left empty for some of the issues. The empty date ones weren't coming up in my plan. Once after I have populated this field, the issues started showing up in the plan.

Hope this will help some folks who are facing the same issue!

We are having this same issue. Looks like this bug has been lingering for 3 years at least.

Was there any resolution to showing tasks that are Done from a filter search source in a portfolio?

Something very important to keep in mind:

Even after you do whats on this article, if you have an issue marked as done that also has the resolution marked as unresolved, it will not show at all on the plan, no matter what you do