Hey, failed to configure it right, or maybe it's impossible?

At some point issue2 got blocked by new issue4.

Technically, that means, that issue1 also blocked by issue4. Especially if issue1 is located in JSM, while 3 other issues are in internal Jira projects.

My team asks for automation, to link issue 4 and issue 1 as soon as 'blocked' link appeared.

Currently i'm linking task to itself (trigger issue), and i cant understand how to append to linked's issue other links. 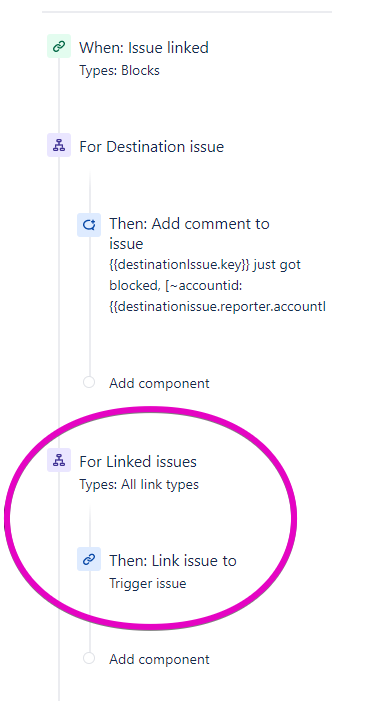 For inward blocking use:

Colloquially: Your third issue blocking the second issue will be linked to the first one if the link "is blocked by" is created from the third issue towards the second.

For outward blocking use:

This should give you a preliminary idea. Feel free to experiment and test. If you need help, let me know.

@Patrik Korovsky  thanks for the reply, i wan unable to reproduce your automation.

First of all, if i enable both, they run both, if i make one, then either is blocked by / blocks will not work 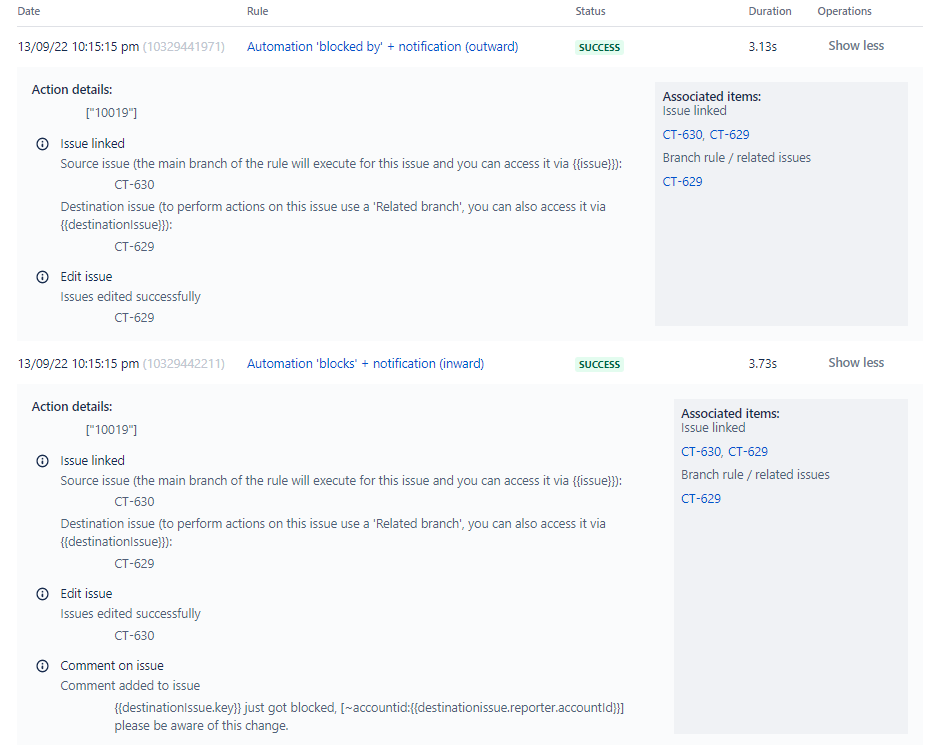 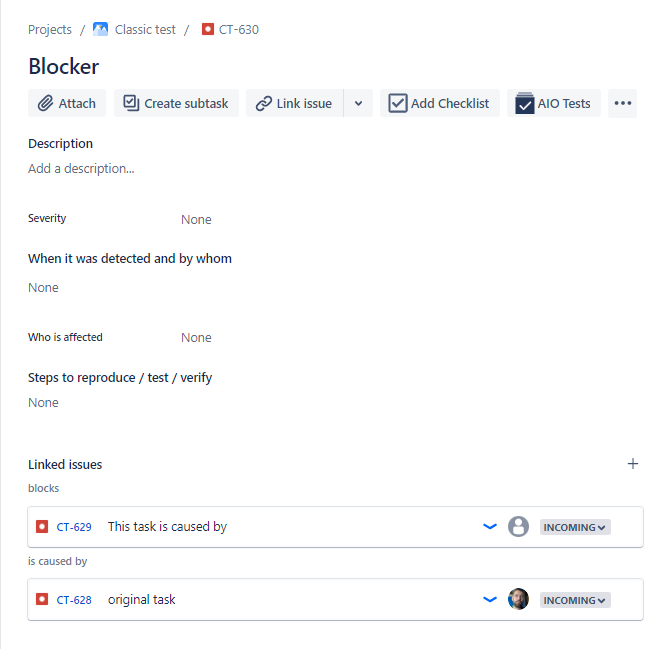 Sorry to hear the automation did not work for you. I have not tested it.

So I tried testing it in hopes of finding the problem:

First I tested the automation that links "blocker" with "original task" when linking from "blocker" to the "this task is caused by" ticket. The test was performed using only the following automation, no others.

In doing so, I found that this automation is sufficient for both cases of linking from the second ticket to the third and vice versa. This should work with an infinite number of blockers.

The automation adds all linked tickets with link either "blocked" or "is blocked by" in addition to the one you add. Essentially following the blocking logic.

Note that this automation copies ALL linked issues from one ticket to another, not only the "blocked" issues. This does not strike me as a problem because tickets are inherently linked by being blocked, so logically they are linked in these other ways. Potentially this could be avoided with "IF" conditions and other "THEN" actions, but that would require more time on my part or someone really adept at this.

Please try again, it worked correctly for me. It is possible that the second automation interfered with the first one.

More on how I intended it and how I understand it.

In "when" we define that this automation should work for both "blocks" and "is blocked by".

Hey, my goal is to link new blocker to existing 'original' task.

Issue1 is dependent on issue2, meanwhile issue2 is blocked by issue3.

So to resolve Issue1, you need to solve issue3, then issue2 and then report to the customer to validate the solution on issue1.

Right now, agents cant at glance see all dependencies in issue1, they see only "issue2 Caused by issue1"