Give us feedback on a new Jira concept—Starred Fields ⭐️

TL;DR. Try out the ⭐️Starred Fields experimental Chrome extension today and tell us what you think. Get the extension.

My name is Matt, I am a product manager on the Jira Cloud team. Between the thousands of feedback submissions we receive each week and recent conversations with users, the layout of fields continues to be a major pain point for users in the new issue view.

Today we are releasing an experimental prototype in the form of a Chrome extension which makes working with fields a little bit easier in Jira's new issue view. The concept is simple, "star" the context fields that you use most frequently so that they always appear at the top of the new issue view. It works in Jira Software Cloud, Jira Service Desk Cloud, and Jira Core Cloud projects in the new issue view, but not in the old view. Get the extension.

How to install the extension?

We need your feedback

We really want to hear what you think of this prototype. You can submit feedback here. Alternatively, let's have a conversation in the comments below.

Disclaimer: The chrome extension is a prototype

Jira Cloud Starred Fields is a prototype in the form of an optional chrome extension. It enables you to star your most important fields so they appear at the top of your issue view. You can unstar a starred field at any time. Starring and unstarring a field only changes your field layout; it doesn’t impact the rest of your team.

We built this extension fast knowing that it wold be used only as a prototype. It’s not intended to work perfectly, but rather, to be an experiment with letting you personalize your own view. Try out the extension and give us feedback—this will inform future decisions around letting you customize your own field layout. 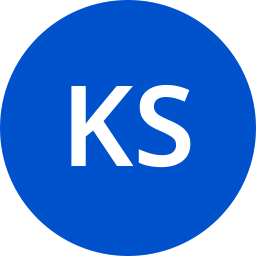 Unfortunately, the extension does not add any value in my case. Currently, it seems you are only able to star a subset of configured fields.

Are you able to give some more information about the fields that you are trying to star but are unable to? Are they below the "Show more" dropdown?

@Matthew Canham thanks for the reply! I reviewed the thread from Brendon's comment for the work around.

Hey @Keith Sims I wanted to follow up here and let you know that we just released Pinned Fields. Pinned Fields allows you to pin just about every field type, even if they are below the "Show more" dropdown.

I was very excited about the click savings this would give, but it doesn't appear to work for all fields. All custom fields are not able to be starred.

While a good start, there is more work required to make this really useful.

Thanks @Brendon Sandrey . I'll repeat what I said above for Keith to keep this thread seperate. Thanks for trying out the Chrome extension!

Are you able to give some more information about the fields that you are trying to star but are unable to? Are they below the "Show more" dropdown?

Yes, the fields I would want to star are all below the Show more dropdown - they're fields that we've created for customised reporting (things like vendor name and affected system)

The common standard fields I use are all typically visible and I don't need to star them.

Got it, thank you for adding that context. For now the Chrome extension will not be able to help you. The only work around would be to have a project admin move the fields you want to star outside of the "hide when empty" category of your issue layout configuration. This would allow those fields to be starred. 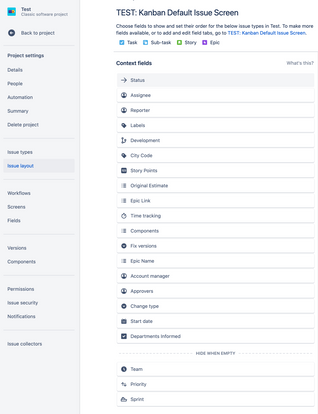 Thanks Matt, That's given me what I need and allowed me to star the fields I want. It'll annoy the rest of the team as they're now visible on all issue screens, but I'm going to be selfish and see if they complain ;-)

I'm glad you sorted it out. You are also welcome to share the extension with your team too. The more people who use it the more we are able to learn.

It's a good start - understanding you're limited in using a browser extension, if this could be extended to custom fields and other browsers/devices in the final version, it looks like it will work well.

To go further, for users like me who use JIRA more to prioritise and allocate work, it would be useful to push the Description way down and see the Priority, Fix Version and other fields (some custom) along with the latest comments near the top.

Thank you @Brendon Sandrey and @David Green for your feedback on this. I wanted to follow up here and let you know that we just released Pinned Fields which is a more complete solution to the problem that you raised.

Thank you everyone for trying out the Starred Fields for Jira Chrome Extension. We would appreciate if you could take 3 minutes to provide us with some final feedback on your experience with Starred Fields in Jira: https://forms.gle/PHaJYNZWf6ghTSD4A

Im using the addon since the start now and really appreciate it. But now i cant download it anymore to show it to my workers

2. When will this be released?

Thanks for your question. We have now concluded the trial and as such the Google form has been taken down. You can download the extension directly from here.

⚠️ One thing to note is that we will likely be deprecating the Chrome Extension in the next few weeks so your co-workers may only have a week or so to try it before we turn it off. More updates to follow on this topic shortly.

Please see the official announcement and make sure to give Pinned Fields a try!