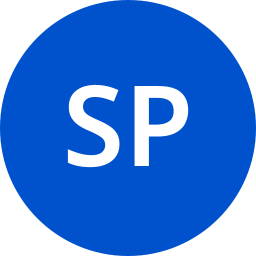 My team completed the following:

However at the time we closed the sprint, the velocity was reflecting as 3 points even though in the sprint report it shows the 5 and 3 pt cards as being completed during this sprint.

There was another card that one of my Engineers forgot to add that he had completed, so I usually don't do this, but I reopened the sprint, added that card, which was 5 points as well. I was hoping this would refresh everything and the system would calculate the missed points.

To my surprise after adding the card, and then closing the sprint again. The velocity went from 3 to 8 , however it should be 13 because it shows 3 cards completed and their story point sums are 13.

Now the Closed stories in the sprint are-

I think this is a bug because Jira is showing that these 3 cards were closed during the sprint . They all have points. However, the full total of those points will not show in their velocity.

I see that you are viewing the velocity report, but seeing unexpected results here.  I tried in my own Cloud site to reproduce this behavior based on the information you provided, but so far I am not able to recreate this problem.  I suspect that there might be something else different in your environment that we have not accounted for yet. There are a couple of different reasons in which this report might calculate this differently from your expectations.

The documentation of View and understand the velocity chart hints at some of these.  One way I have seen this report confuse users is when they have added an additional column to the far right of the board.  If you do that, and these issues are being completed, but not placed into that far right column, it could confuse what is being considered completed during the sprint.

If that is not the case here, then I would want to take a closer look at the particular issue history of the issue that is not being calculated here (I think that's Card A).  There is another possibility that if the resolution of the issue is being set previously for that issue, say before the sprint begins, it could display this same kind of behavior.

Let me know if that that helps, and if not, I'm still interested to learn more about your environment here so we can better understand this behavior.