I have an advanced roadmap set up with a combination of 3 company managed boards. However, the hierarchy layout is not showing correctly. It's currently showing

I believe there would be a filter that needs to be set but I have been trying and uncertain of the sequence.

Would be great if the greater community to help :)

3 things for you to consider:

The plan/advanced roadmap filter needs to include that issue type in the plan hierarchy.

I answered your question during a livestream with my community and you can see a visual answer around the 8:30 mark.

Somewhat confusing to me is that there are tasks showing under tasks in it's own category instead of grouped within the Epic, which the task is linked to the Epic itself.

Is this because that the issue types are not tied with a parent? 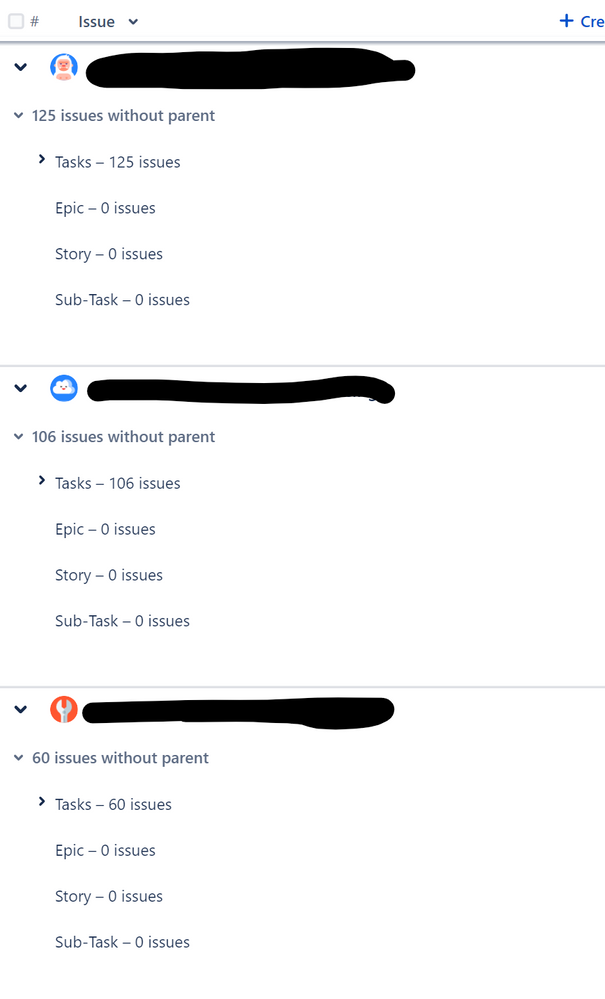 Jira's hierarchy is a bit rigid, even since the DC/premium stuff started to give us a bit more flexibility on renaming things.  This does get a bit messy because of the history, which I won't bore you with.

Note that nothing I've said there says "project".  Projects in Jira are more about configuration and grouping than a hierarchy of issues.  Agile teams use boards to represent stuff they need to do, and draw from many projects.

This does not work.  The point of an Epic is that it is cross-project, or at least cross-team.

The TLDR answer here is that you should define a clear hierarchy and communicate it to all your people.

Some of it in Jira has to be fixed (the sub-task -> issue is pretty much fixed, but then the layer above issues has some options and it goes upwards).  Make you r hierarchy match what you do!

Are you using company or team manage projects? If company managed, you either need to select the hierarchy drop down and change the level but a screenshot would be helpful.