JQL to show a list of users in a group 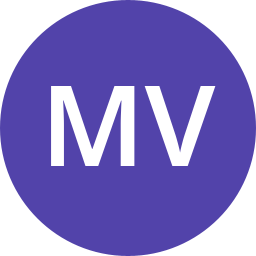 Is there a way to show a list of users in a group in Jira Cloud?
The goal is to create a dashboard that shows

1) users activity during certain period of time (created, worked on, being assigned to, etc) - that's the easy part.

2) users who did not do anything during the same period - that's the hard part, because JQL simply does not return those records, but I need somehow to show them in a gadget on a dashboard.

The end result would look like a gadget (ex: Issue Statistics, Two-Dimensional, etc.) showing a list of users with corresponding values, including zeros.

I think this needs a bit of a re-think.  JQL finds issues, not uses, so to get this sort of reporting out, we need to turn the question around - what issues can you search for to answer these questions?

Thanks for looking into this!
"JQL finds issues, not uses," yes, I know that, but haven't been managing JIRA actively last couple years and hoped things have changed.  IMO it's a self-imposed limitation by Atlassian.  Users are already in a DB, why not provide a way to retrieve them via JQL?

"Give me a list of users and associated work" is a legit business request, even if a user has zero work assigned/completed.

JQL is not SQL, that's the point.  You're not even reading the database when you use JQL, it's the wrong way to think of it!

Even if it were SQL, it would be clumsy to approach it this way.  A far better option would be to look at the reporting.  Workload and Time tracking reports in the projects are probably the first thing to look at.

Jira is an Agile tool though, it doesn't have a lot to do with micro-management, and hence does not have a huge amount of reporting that will help you do that.  There are a load of apps in the marketplace that can help you with it though.

JQL helps to search for issues, which you can clarify in your search with more criteria.  What it cannot do is find the absence of information, such as: "show me Bill's name if he was not assigned to issues..."

If you need such reporting for a Jira dashboard, please consider trying:

If you only need this occasionally, and do not need this in a Jira dashboard, I suspect you could use either the free Excel or Google Sheets add-ins from Atlassian and develop a repeatable report to show this information in pivot tables/charts.

@Bill Sheboy thanks for looking into it and for suggestions!

Please read my response to Nic Brough above.