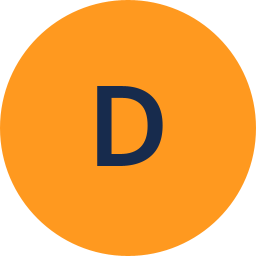 I'm using Jira Cloud and did a bulk move operation in order to migrate issues from a next-gen project (TCC) to a newly created classic project (TCLOUD). After all the tickets were processed I wanted to check them in the new project. But they all seem to be disappeared.

After my first panic I searched for similar cases and found one that was exactly the same: https://community.atlassian.com/t5/Jira-Software-questions/Tickets-vanished-after-migrating-to-a-new-project/qaq-p/1414000

In that case the user (greg_bryant) wrote in his resolution that he initially used the default issue permission scheme, which wasn't letting him view the issues auf bulk moving them.

Unfortunately it was not described what exactly there is to change in order to make the issues reappear for me.

I also tried to search for the missing issues as I still know the summary/description of some of the issues from TCC. But I find no results in the (advanced) search. Also I can't even search for / select the TCLOUD project while searching ("The value 'TCLOUD' does not exist for the field 'project'."). But I see the project in my project list and also can edit the project settings of TCLOUD (as I am a site admin).

Help would be really appreciated!

So if you do a simple filter that says: project = TCLOUD you don't see any issues?

correct, if i do a simple filter that says project = TCLOUD I don't see any issues.

P.S. Sorry for the account confusion – I wrote this post but created it accidentally under the "djones"-account (which was still logged in from my Atlassian University course).

I found some old tickets where issues from TCC are still linked in a comment. The link currently has an addition that says "Can't find link"

When I click on the link a new page loads with "You don't have access to this issue
Make sure the issue exists in this project. If it does, ask a project admin for permission to see the project's issues."

Can you get to the project settings for the TCLOUD project?  If so, check the Permission Scheme to see if you are in a group or have access to the Browse Project permission.

Thank you very much, John!

When I initially created my new classic project (TCLOUD) only the user-role "Administrators" was set for the project. But with the “Default software scheme” (also set by default) this user-role had no permission to browse the new project – which I find irritating but probably is the fault of myself or respectively the site-/jira-admins who defined it that way.

But what I find really strange from Jira side:

Why does Jira show messages like "Can't find link" or "TCLOUD' does not exist" when only the correct user-role was not selected. This really stressed me out and I would have appreciated if Jira instead said something like "will not show you the link (but issues exists)" or "TCLOUD does exist but you are not allowed to view it".

I can't tell you why the error messages are not adequate - that would probably be a good suggestion for you to provide to Atlassian. I will bring it up with my next personal interaction with someone in Product Management.

Also, I almost always create a new project based on an existing project so that all of my current connections between schemes and the project stay in tact.

I am hopeful that all of this means that you were able to find the problem and correct it and now you can see the issues?

Yes, I was able to solve the problem. Thank you for your help!

And I agree that I should have created the new project based on an existing one. Nevertheless I will also have a look at our schemes in oder to make sure that other colleagues won't suffer the same as me when they create a new project in any way.

P.S. I can't seem to log in with the "djones"-account anymore (which was an account provided by Atlassian University in my last course). So if you/someone could mark this topic as "solved" feel free to do so.

Great! Glad it is working. Let me get someone to mark it as "solved".