I am trying to find why the system will not export all watchers in CSV format. Edited 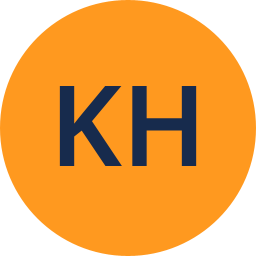 When you create the export, the system will export some, but not all of the data.  I have tried bringing up the data several different ways, including in google sheets (which will only export the total number of watchers and no names).

I am trying to sort out why the system is exporting "User" instead of the 4 users added as watchers.

I looked around at the open issues but did not find one matching this exact situation - there are a bunch which discuss the system not exporting watchers at all, but this does not appear to be what is happening.  In this case, the number of 'watchers' exported correctly matches the number tied to the issue, it is just not exporting all the names/IDs

In the csv file - you can see the 4 watchers listed - but only 2 have names, the rest are "User"

These are the 4 watchers on the Jira.  All are current, active users. I appreciate that you shared the screenshot. I was able to identify and replicate the same issue on my site.

Checking Brandon's and Adam's email address, I can see that their Atlassian account ID are older and start with numbers, for example, 557058:xxxxxxxx-xxxx-xxxx-xxxx-xxxxxxxxxxxx and Karl's and Matthew's accounts are newer and the IDs are different, example: 1a23b45c6789101d2e345678. 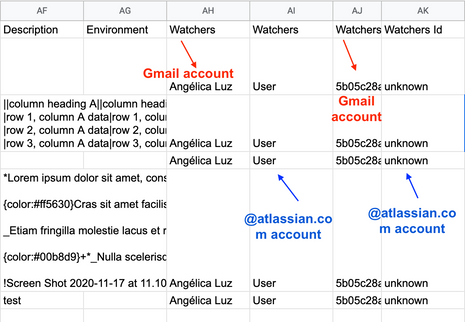 Based on that, I created a bug for our dev team to check:

Please, click on "This affects my team" and also watch to receive updates about the bug.

Angelica - Thank you for looking into this.  Hopefully this will resolve quickly.

Since the issue is with the older ID format - this would be consistent with the "original" set of users on this JIRA project.

Is there a way I can update the user ID from the older Atlassian ID to a newer Google ID?

We did add in Google at some point - and this may at least get us past the export problem while Atlassian sorts out a solution.

The ID is created when the account is created and it's not possible to change that.

The ID is unique for each user and only if the Atlassian account is deleted and recreated in the future the ID might change, but the user would also lose access and everything associated with the account.