Does logging hours on a sub-task result in a lowered remaining time estimate of the parent story? We're wondering whether this would work by default and if not what we could do instead?

The situation is a story which subsequently could get divided up into sub-tasks. Ideally we'd want the estimation to be kept at the level of the parent, logged hours when applicable at the sub-task level and the overview of both parent and sub-task at the parent level.

I found what you described a little confusing, so let me just tell you what happens by default in Jira.

If the parent has the checkbox ticked for Include subtasks then all the original estimates added to the subtasks will sum on the parent. Similarly, as you log time on a subtask, it will reduce the total remaining of the parent.

So let's say you have a subtask with an estimate of 3h and another of 5h, you will initially see an overall estimate on the parent of 8h. If you log 2h on one subtask, the parent will show a remaining of 6h. Log 1.5h on the other subtask and the parent value will drop to 4.5h.

Could you maybe point me to where I can find this Include subtasks checkbox? I'm currently using the new issue view on Jira cloud.

If you look at the screenshot below, this shows a parent item with no estimate, and 2 subtasks each with an estimate and some time booked against them. It shows the check box and the summed up remaining time, as per my description above. 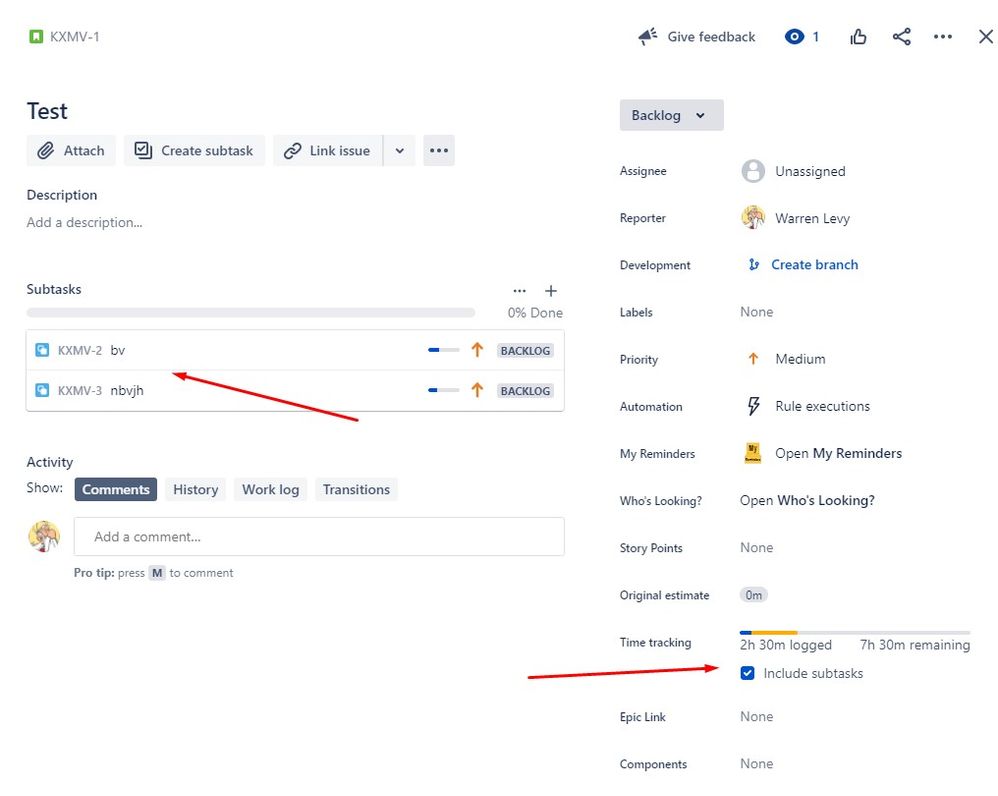 I tried what you asked, I created a parent and put a 10h estimate on it. I then created a subtask and logged 2h on the subtask. As you can see below, it shows the 2h that was logged, but doesn't reduce the estimate of the parent. 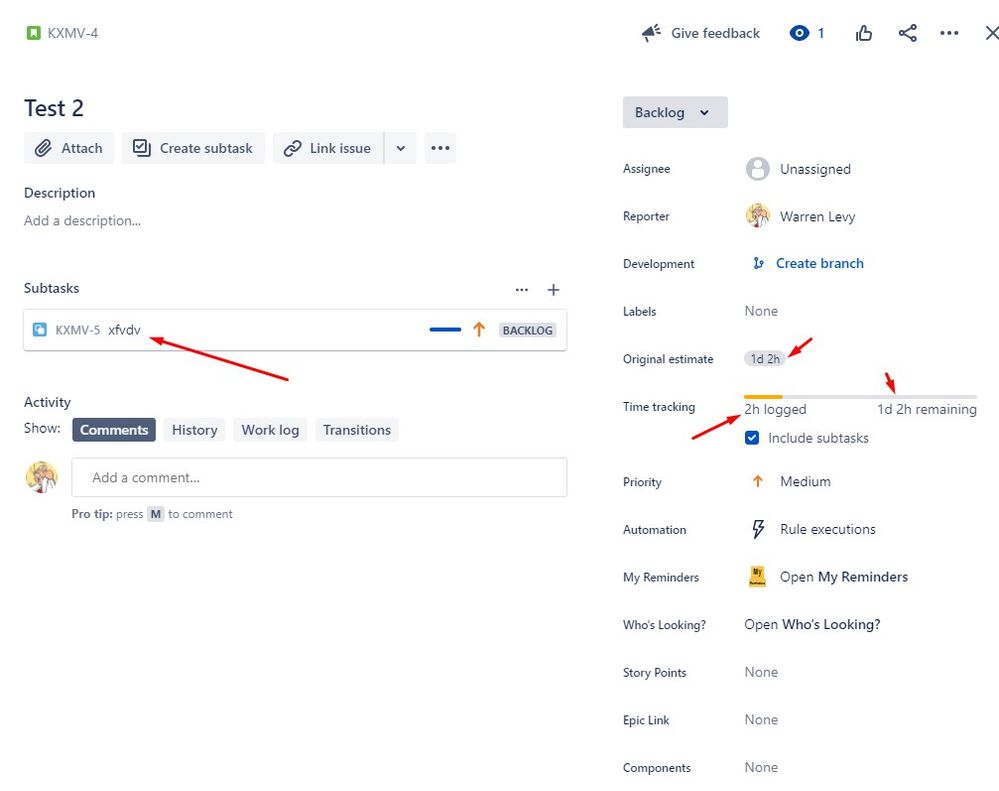