Create an Epic within an Epic I am using Classic Version:

I have lost the ability to create an Epic within an Epic. There must have been a recent update that closed that loop. In the past, I could create a Story within an Epic and establish a link. Once the link was established you could go back into the Story and change it to an Epic and then that jira story (Now an Epic) would maintain the relationship to the Parent Epic.

Is there a setting that needs to be turned on or is there another work around. My previous ones i have completed are still maintaining their relationship.

Any help would be greatly appreciated.

I'm puzzled with the query. Create an epic in an epic! I never came across such an option in Jira. Are you by any chance using or used any plugin with that kind of features?

Thanks for responding @G subramanyam .

No, we are using the baseline software. This was just a loop in the process. The reason i say a loop, is that you had to create as a Story first and then covert to an Epic, but something recently changed that forced stories to be converted when changing the task type. Prior, the issue type would just change and you didnt have to covert. Thats what changed as i see it. 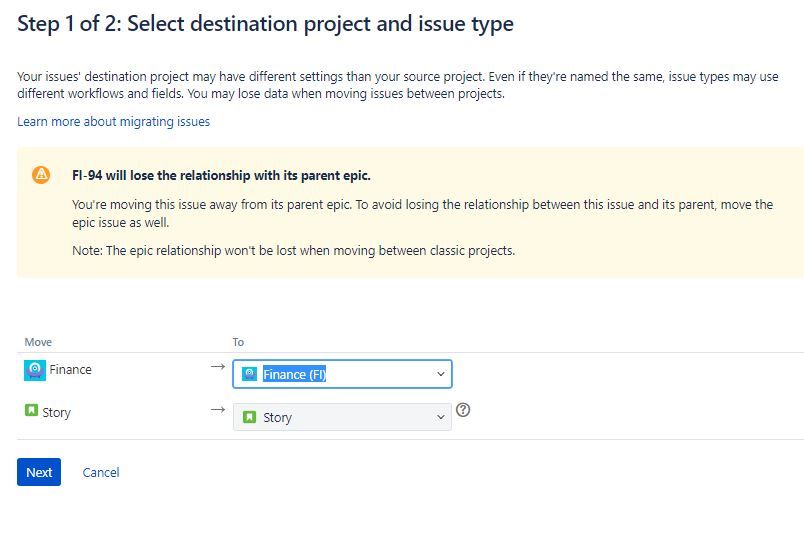 Atlassian never intended to natively support the ability to have an Epic as a child of an Epic. You found a loophole in their code. The fact that you can't use this loophole anymore is not itself a bug. Rather, Atlassian has fixed what they would consider to be a bug.