Hello! I have added Initiative at the Issue level, but it is still not showing up as an option for me to add to the Roadmap (please see screenshot). What else do I need to enable? Thanks! 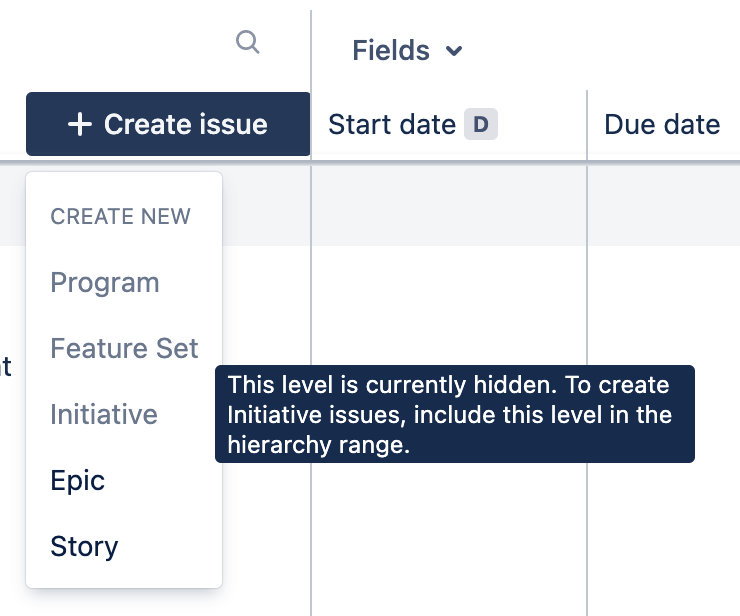 As the message says, you'll need to configure it in Advanced Roadmaps hierarchy. Essentially, you'll need to add an additional level in the issue hierarchy above Epics and link your initiative issue type to that level.

Check out this article, custom hierarchy levels to learn where you can find those settings.

Oh, or make sure that you have the level selected in the hierarchy filters just above your roadmap:

Yeah, I expect it's to do with the hierarchy range setting because looking at the first screenshot it looks like some additional hierarchy levels have already been added.

The context behind the message is that the UX would not allow you to create an issue as an inline text box is shown in in the hierarchy, but if the level isn't visible then there would be nowhere to place it.

You might consider making the message more directional (aka "Hierarchy filters on the upper left").