"When: Value changes for 'X field'" does not trigger when edited in Transition screen 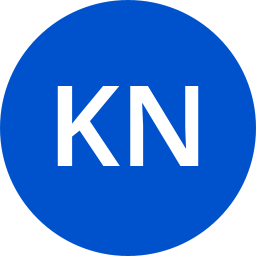 I have an automation that sets Security Level based on custom field "Assignment Group", which is a dropdown list. This automation is triggered "When: Value changes for" -> "Assignment Group": "Any changes to the field Value" and "Edit, Transition and Assign issue" (There is a separate automation for creation of tickets that regards other values as well). 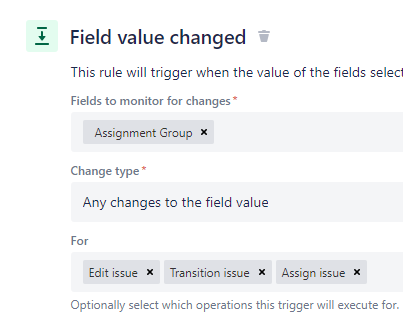 This automation does not work when this field is edited through a transition screen (screen is necessary for input of this field and others, as well as assigning user). The Audit logs for the automation shows that it doesn't even consider this change. The automation works as it should when changing the custom field value from the View/Edit view (the automation user has access to change Security Level)

I have also tried to trigger the automation from the "When issue transitioned" - function, by specifying the to statuses From: "Classified", To: "Work in Progress" that the transition screen shows up for, but even then the Audit Log shows no activity for this process (as in, it hasn't even considered the transition, not just that it haven't acted on it)

Does anyone have any tips as to what might be the issue here? There are no special conditions or Post Functions to this transition that might stop the automation from firing, the transition screen has one Condition that requires a (different) field to be set.

Remove all the options in the For field and leave it empty (All issue operations).

Retry the action and check the logs.

I have already tested this, but it does not make any difference, unfortunately. I have removed it for "Create" operations since, as mentioned, I have another automation that edits for creation.

Can you please take a screenshot showing the automation log details on the latest test?

@Sam _ServiceRocket_ Here are screenshots of the log as well as issue History for a ticket that is in the scope of the automation:

As you can see, it never caught the Sept. 7th transition, in fact, it has not caught one Classification -> Work in Progress transition since setting up the automation.

Here, the automation does trigger, however, it will not trigger when it is changed through the transition screen, same as the automation that listens for Classification -> Work in Progress refuses to listen for the same change in the same workflow transition.

Can you please confirm the field type ( is it a normal single-choice field)?

An unofficial way to monitor a JSM mail handler for errors

...eturns true if any content is returned for the webResponse.body.data.first s...