That type has a built in workflow with an approval step linked to a service.

I've made a group called CAB, and put a user in it.

In the service, I've listed that CAB group as approvers for the service.

I create a change request, moved it to the Authorize step which from what I can tell should now send a notification to those in the service group.

No notifications are sent to the approvers, and the request is now stuck on the Authorise step with the only options being 'back to planning' and 'mark as cancelled' because it's waiting for an approval before allowing it to move to 'awaiting implementation'.

I'm expecting an approval notification to those in the cab group to be sent with a deny/approve option but it doesn't arrive.

Are my expectations wrong or have I missed something?

This is the service with a Change Approvers group selected

This is the a request using the built in request type, stuck in the authorise state, but with the Approval groups automatically filled in from the Service 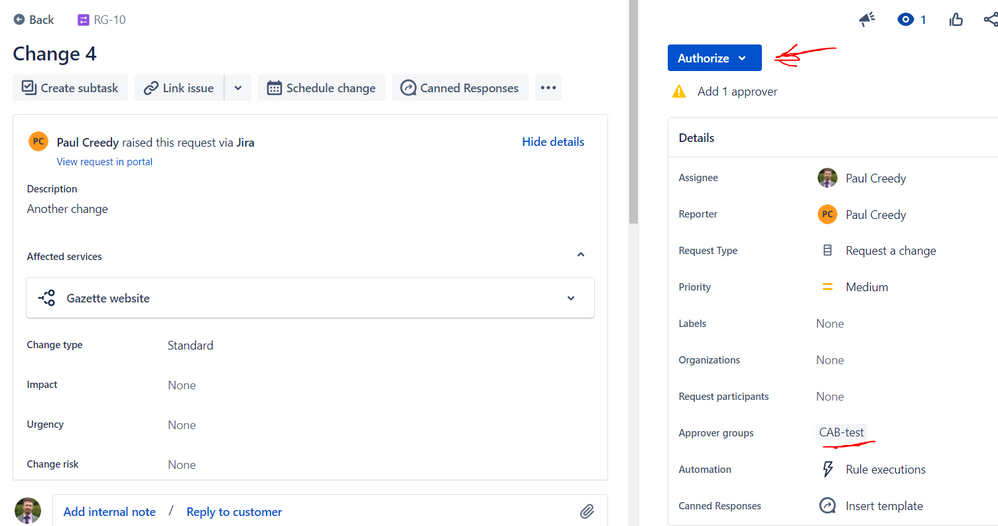 The approval shows that 0 or 1 members of the group have approved it.

This is where the problem is, no email arrives to actually do the approving, and there is no pop up for that user inside the Jira interface either.

How does this request get approved when no approval notification takes place. 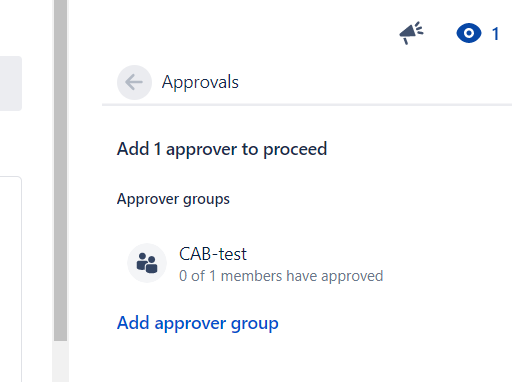 This is the build in, unedited workflow for the change request 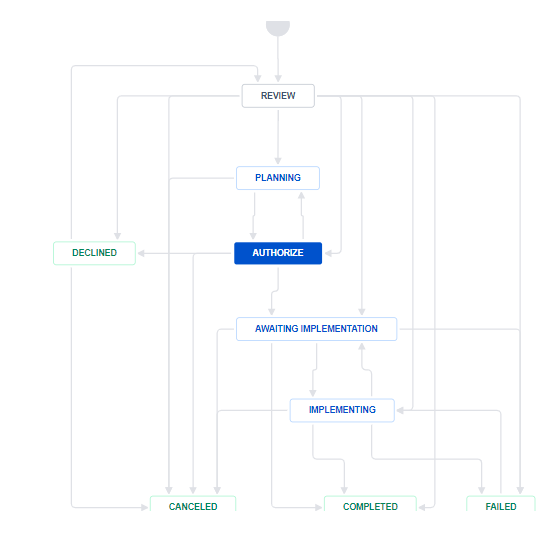 To go from Authorize to Awaiting Implementation it needs someone from the Approval group linked to the Server (the Cab-test group) to approve it, but how?