Can I use ScriptRunner to find out who approved an issue

We have a change request and I'm having some difficulties trying to make it so that we don't have one person approving the same issue twice. Our change request workflow has 2 statuses that require an approval to transition: "Waiting Approval Level 1" and "Waiting Approval Level 2". Each of the approvals has it's own group of approvers: Approvers Level 1 and Approvers Level 2. This wouldn't be a problem if we didn't have an overlap of 3 agents between the 2 groups.

Jira has a function that will tell me who can approve the request but nothing that will tell me who approved the request. I've looked at a test issue in the API and I've seen the information I need in it, but I'm not sure how to get it in a useable form. I'm hoping that this is something ScriptRunner can do, but before I head down that rabbit hole, I'd like to know if it's even possible to use ScriptRunner to find out who approved an issue.

You can add this script in the 1st approval and set the desired user on the Approvers field to whom you want the user to approve the second level.

For more clear to where set the script: 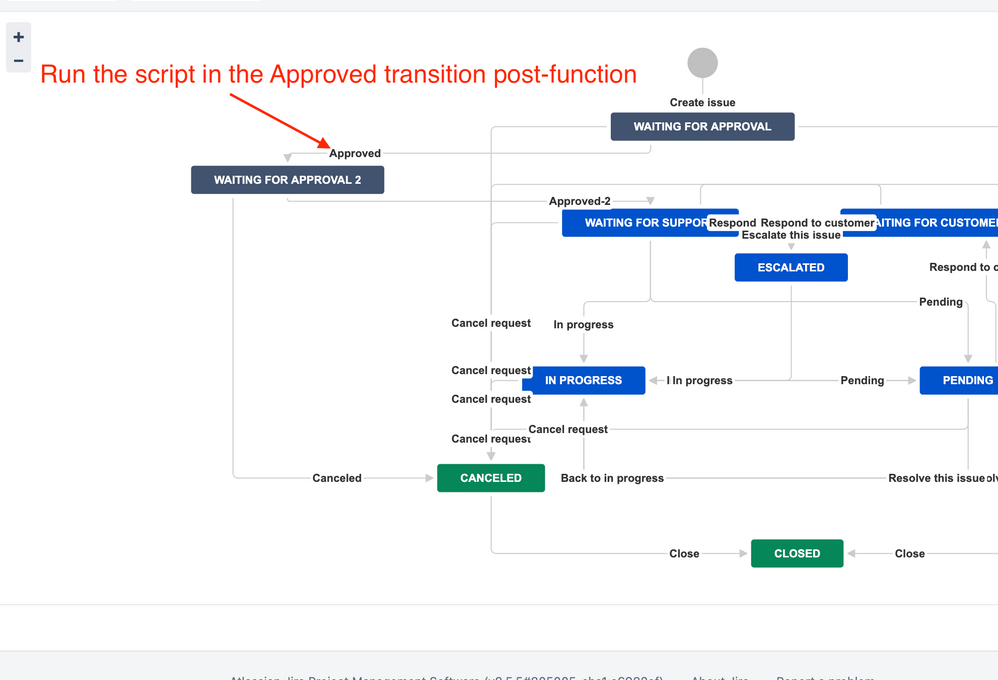 It will change the approver user (to your desired users) after the 1st approval.

Do let us know if you have any question.