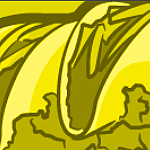 Scenario: A developer reported that his smart commits entered in an SVN commit comment were not logging time/comments at all in JIRA. I realized this was because the location did not include a new branch no one told me was created.

So now he's got a handful of check-ins that did not log any work within JIRA, and no Crucible reviews were created either.

I helped another project rectify a similar problem, but only after I compiled a list of the smart commits that weren't captured and gave it to them. But I was wondering, will a certain type of reindexing apply the smart commits retroactively?

Looking at the reindex options, it seems like a Review-Revision Data Index or a Subversion Non-Version Properties (revprops), but it's not clear if this is exactly what I want. Some advice or guidance would be greatly appreciated.