A few days ago, fisheye stopped indexing our repositories. When I run test connection, it gives a wierd message about it not being able to create the .ssh directory and that the identity file is not accessible. I've gone through the UI and recreated the ssh key and it can read and write it. The .ssh directory was originally created by fisheye and it hasn't changed. Any idea what's wrong?

Fisheye is using 'C:\Git\bin\ssh.exe' to authenticate with SSH authenticated repositories.

Warning: Identity file c:\FISHEYE_INST\data\auth\Repo not accessible: No such file or directory.
Could not create directory 'u/.ssh'.
Permission denied (publickey,gssapi-keyex,gssapi-with-mic,password).
fatal: The remote end hung up unexpectedly

I believe what actually happened was I had changed the number of "Incremental Indexing Threads" from 1 to 3 a few days earlier. I changed that back to 1 and I've never seen the longing running ssh command or this error since. 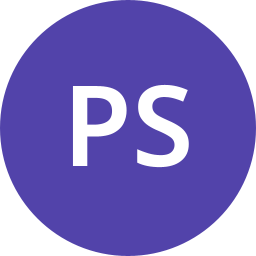 Warning: Identity file c:\FISHEYE_INST\data\auth\Repo not accessible: No such file or directory.

clearly explains the file c:\FISHEYE_INST\data\auth\Repo was not readable to the user running FishEye. I'm guessing that there were wrong permissions that were fixed when key pair was recreated. Can you let me know what FishEye version are you using? Just curious as the issue was fixed recently in FishEye 3.2.1 release: https://jira.atlassian.com/browse/FE-4984

No, that didn't seem to be what is happening. I actually deleted that old identity file and let Fisheye regenerate it. So it should have been able to read/write the file. Also, this error occurred over a weekend and the file had previously been working.

I updated Git for Windows and it is working now.