Why you should keep multitasking at bay to increase productivity

You won’t be able to read this article from beginning to end without interruptions. Hard to believe? Well, whether it’s an email that will come through, a new browser tab you’ll open, or a meeting you’ll feel the urge to set up, research has shown that, on average, people spend as little as 1m and 15s on a single task before jumping to a different one. They’ll return to that very task later but, by then, the feeling of being “on top of it” will be gone. If this routine sounds familiar, the word ‘multitasking’ will send a shiver down your spine.

Multitasking is generally defined as the ability to do more than one thing at a time. The term was coined by IBM in 1965 and — you guessed it — it referred to computers. It was only later that its meaning transitioned to indicate a person’s ability of juggling several tasks. Multitasking has taken on a positive connotation as it instinctively associates with greater productivity. But here’s the catch: people can attend to only one cognitive task at a time. The mental activities that we carry out are mutually exclusive: we can’t converse while we read a book, or do some calculations as we write a memo.

In fact, multitasking is a misnomer. What we do is called ‘interrupted task switching’, that is, repeated switching to a new task before the old one is complete. So no actual superpowers.

The brain at work

If there’s an area in which task switching is dangerously pervasive, it is the workplace. Apart from whizzing from one task to another (like writing an email and before we’re done finding ourselves dialling a client’s number), we also hectically move across different digital platforms. Eyes glued to the screen, endless tabs, frenzied back and forth between programs, jumping across documents are now so imprint on our work routine that without them we’d be left with a feeling of unproductiveness. But should we?

The answer lies in the way the brain works. When we are in the middle of a task, we store critical items in our short-term memory, right at the top of our cognitive load. When we lose focus to switch to a different activity or simply interact with a different platform (this is know as “digital context switching”), our memory gets disrupted as we add more information that bears no relation to the previous. This ends up being a big burden on the brain which must keep several pieces of information available at once, and is also the reason why, when we go back to the original task, we need to refresh our memory, hence the “Where was I?” moment.

This re-orienting phase may only take a few tenths of a second, but it increases when the tasks are of greater complexity, and can ultimately start to add up when task switching happens over and over throughout the day. In a nutshell, not a very good strategy to get more things done quickly.

To get a feeling of how taxing task switching is for the brain, you can try a little experiment. All you need is a timer to time the following: first, count up from 1 to 26, then recite the alphabet from A to Z, finally, pair the numbers up with the letters (e.g. 1-A, 2-B, etc.).

If your performance has dropped significantly in the third task (by about five or six times) and you felt like climbing a mountain, join the club. Counting numbers and reciting letters are very simple tasks per se but, once you combine them, difficulty grows exponentially.

The end of productivity (and wellbeing)

Transfer the experiment to the workplace and it’s clear to see why the estimated productivity loss amounts to a whopping 40%. That’s 16 hours per week, to you and me. Scary, huh? Prepare for more bad news.

According to research, task-switchers take approximately 50% longer to complete one task and make up to 50% more errors. The costs on the global economy have reached $450 billion annually. As if this weren’t enough, add serious psychological and cognitive effects to the bill too.

People who are chronic task-switchers end up experiencing stress, fatigue and anxiety, which can eventually result in burnout. Despite working long hours, they fail to get a sense of accomplishment at the end of the working day. On the contrary, they feel demoralised, frustrated and out of control. Quickly exhausting their mental resources, they need to revert to distractions more often to release stress and get trapped in a vicious circle. The coup de grace comes from research: task switching can temporarily reduce one’s IQ by 15 points.

Luckily the damages are not permanent and evidence suggests that people who stop task switching are able to improve their performance. But how do we go from confirmed task-switchers to concentrated gurus?

The golden rule is compartmentalize. Divide your day in blocks of time during which you are only allowed to work on a single task. This might seem impossible right now but not if you start small. Save one hour per day and focus on a task that needs concentration. Train yourself for a few days and gradually increase the time.

Although tasks may change, some are part of our daily routine. It is precisely over these that we can exert more control. Emails must be tamed or they’ll end up becoming a black hole sucking in your focus. Deal with emails in a controlled way by deciding on certain times of the day that you’ll spend reading and replying (twice a day, ideally). Unless strictly necessary, turn off notifications on your phone and only check it at given times. Rule of thumb: if it’s an urgent matter, they’ll give you a call.

Instead of switching to a new task the minute it pops in your mind, keep a notebook or a sheet of paper beside you and note it down. You can go back to it when the time you allocated for the current task is up.

Finally, profit from technological tools that help you stay in the same ecosystem and avoid toggling. The more you minimize digital context switching, the more focused you will be.

At Presago we take wellbeing and productivity very seriously. This is what inspired us to develop Context and Replio. Our apps help you stay in one environment while performing tasks that would require switching. Feel free to visit our page on the Atlassian marketplace and discover our solutions.

Thanks for the read. I read it during my carved-out 15minutes each day where I read the interesting emails that have popped up in the last day (organically arrived at the conclusion that carved-out time for tasks is the best way to go).

Neat idea for a chat integration app -- we're looking for one, but are locked into Symphony. 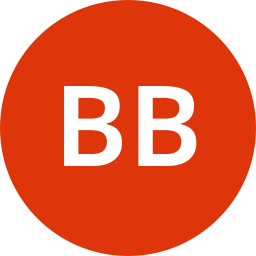 Thank you for taking the time to read it, Thomas. I agree with you: carving out slots throughout the day is the best way to proceed. The big challenge is taming the monkey mind :)