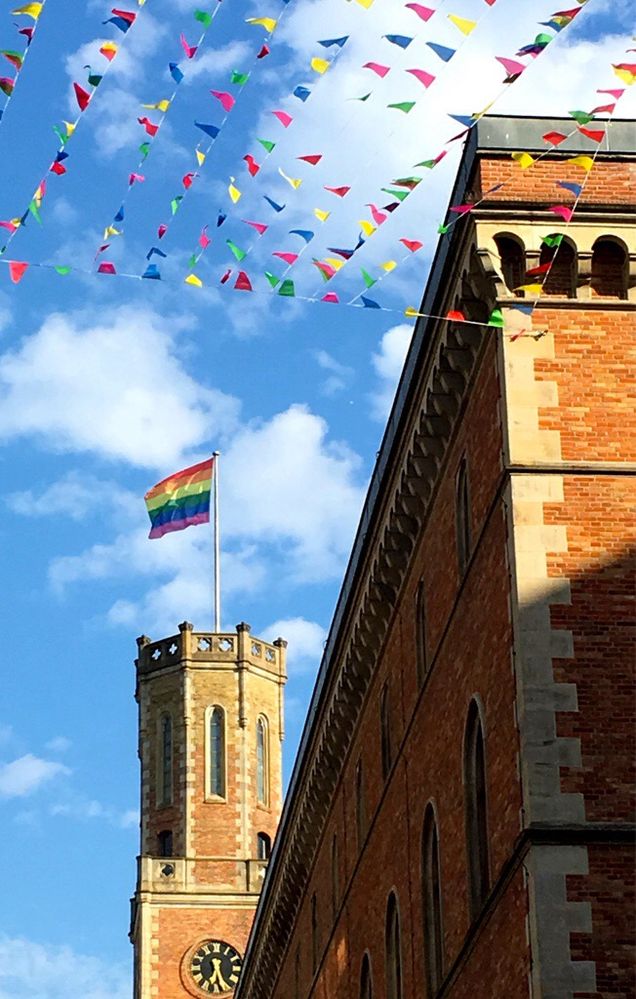 There are a lot of pride parades these days throughout the world (well, not all parts of the world, but that's another topic). More and more companies are supporting these parades with floats presenting themselves as open, friendly and supporters of the community. Atlassian is also quite active there and every year, the usual discussions and shitstorms take place here in the community, e.g.:

In Germany, there are big companies supporting parades, e.g. Daimler, Ikea, SAP, Siemens, BMW, Allianz, just to mention a few. My company is not, although, I would say, that we have a very open working athmosphere. I don't have to hide myself and I haven't experienced any problems at all yet. In my opinion, it's good that these and a lot more companies are discussing their attitude and if they want to show that at pride parades, it is even better. I hope, by looking at all these big supporting companies, other people get a feeling that "this lgbt thing" is not that bad anymore.

On the other hand, pride parades are getting more and more commercial, a little bit more with every supporting company... at least in Germany. It's a thin line between a commercial carnival in the summertime and a political demonstration. We have to take care of not to forget the original spirit of these demonstrations.

What do you think of this? Is your company supporting pride parades or lgbt in any other way? Should companies (and political parties) use these parades as "advertising event"? Is pride still a political event or just a big party? Tell us what this is like in your country.

Next Saturday, there is the Pride Parade in Hamburg. I hope, it will be both, political and fun

I used to go to SF Pride years ago, but now I am an old and prefer to avoid the crazy crowds. Doing the Dyke March with my sister was really fun though!

@Thomas Schlegel my best friend and his husband are on a Rhine River cruise right now and they're going to Pride somewhere. I wonder if it's in Hamburg?

@Monique vdB The Rhine is 400 km (250 miles) away from Hamburg (at the nearest point), so I think, it is not Hamburg. Maybe Bonn, our former western capital before the German reunification. There's pride this weekend also and the city is located on the Rhine.

I hope, your friend's Rhine cruise is not getting into trouble with the low tide. It was so hot and there was no rain for months...

@Thomas Schlegel they did Pride in Amsterdam, which was the cruise end point.

He mentioned the water level, I think they had to change the route a bit but overall it seems like they had a great time! I am also very proud to work in a company that actually makes very tangible steps to support diversity. We have big rainbow Atlassian flags on the office I work in, and we loudly supported same sex marriage legislation when it was being debated here in Australia. I would love to march with Atlassian in the parade, but apparently it is really prohibitively expensive here in Sydney to be a company in the parade.

There were a group of tech companies who mooted us all coming together on a single float (which I love the idea of, I also am very proud how team focused Atlassian is), but apparently you are only allowed one companies logo on a float!! This saddened me, as it showed that the march is really focused on that corporate angle, and encouraging that 'advertising aspect'. :(

From my previous experience, it is much more fun to be in the parade, than watch it! (I'm not a huge fan of crowds).

I do look forward to the time when pride is purely a celebration, and people almost forget a time when LGBTIQ+ people were treated differently.

Such a fascinating topic, @Thomas Schlegel!

My friends and I talked a bit about this when New York Pride rolled around back in June. I feel very proud to work for a company like Atlassian that not only commits to public displays of support, but that also creates opportunities to give back through things like a donation drive for LGBTQ youth, for example. And I think that's where the distinction lies — it's really easy to throw money at a major event and slap your logo on a float, but what are you doing the other 364 days of the year? Inclusive policies and actively practicing your values goes a long way in proving to your employees and beyond that you're committed to forward movement.