Did you know? Lohri

To help increase awareness of religious diversity, my department's Wellness and Inclusion Team is doing a "Did you know" series. This series features information on various religious and secular celebrations throughout the year.

Some of our colleagues will be celebrating Lohri on January 13.

·         Lohri (from the word "loh" meaning "light and warmness of the fire") is a Hindu bonfire festival that celebrates fertility and the joy of life. It also celebrates the end of the winter solstice and encourages participants to look forward to the warmer months and the harvest of winter crops.

·         Lohri is celebrated primarily by Sikhs and Hindus from the Punjab region of India.

·         According to the Bhagavad Gita (700 verses of Hindu literature), Lord Krishna manifests himself in his full magnificence during Lohri

·         Many also link Lohri to the tale of Dulla Bhatti, a Punjabi hero who rescued girls from being sold into slavery in the Middle East and who is known as a deity-like figure who robbed the rich to help the poor.

·         As part of the celebration, kids go from home to home singing folk songs, many of which pay homage to Dulla Bhatti and, in return, they are given Lohri "loot" in the form of snacks (seeds, peanuts or sweets) or money.

·         During the evening, members of the community light huge bonfires in harvested fields and in the front yards of homes. They throw snacks, such as puffed rice or popcorn, into the fire as an offering to Agni (the fire god) while shouting a short prayer "Aadar aye dilather jaye" ("May honour come and poverty vanish!"). Celebrations also include drumming, dancing, singing folk songs and exchanging gifts with family and friends.

To all who celebrate, we wish you a prosperous and joyful Lohri!

Thanks for your kind words @Karan Verma :)

Aptly put. Thanks for sharing this with the community and Happy lohri to you in advance. 👍

Thanks @Sajit Nair Happy New Year and Happy Lohri to you! 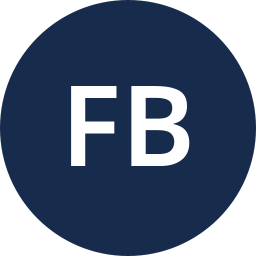 Well, I had no idea of this despite my collaboration with several Sikhs. Thanks for sharing!

Thanks @Fernando Bordallo , I have learned so much this past year through this "Did you Know" series at my workplace.