How to revert back to the old meeting note editing style? Edited There is a new meeting note editing style recently that everything is centralised and fancy buttons to edit a table which I don't like quite much. Is there a way to switch back to its original editing style? Thanks.

This change is due to the following improvements announced at Summit:

This change will be going out to everyone and it's not possible to roll it back.

My recommendation would be to submit feedback via your instance in the bottom left-hand corner: 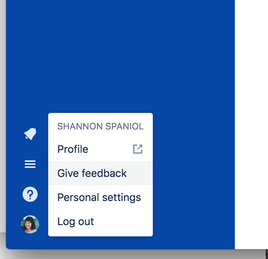 Thank you for your response! It's not an improvement, it's a large number of bugs you have introduced for people trying to do a day job.

When you do discover any bugs, please feel free to submit them as soon as you are able via the feedback section and we will address them in upcoming releases.

Wow - you cant roll it back!? Thats AWEFUL!

The new layout is really a backwards step to documentation, yes, its more lightweight and 'focussed' - but some of us like to use the simple, basic text formatting tools like justification and indentation to name just two 'standard' features.

Not to mention you've seemingly removed the ability to use '{' as a shortcut for macros... which is a pivotal feature of writing content in Confleunce.

Yeh - theres a button to do it, but a 'meeting' is not usually a place where time can be spent carefully moving a mouse/trackpad around the screen to get to what you need, its fast paced: notes are taken at talking speed, and taking the ability away to rapidly type 'well known, used constantly throughout the day' shortcuts is a productivity killer.

Really Atlassian - a big fail on this one... taking tried, tested and known working functionality and process away from the users without a way back!

I've already raised feedback to the above, but sadly - in line with the majority of community feelings around Atlassians uptake of user requests... feel as though we're stuck with this new 'update'...

I completely understand the frustration when working with a tried and true UI on product you are familiar working with, and then it changes drastically, causing you to need to switch to a new workflow.

I'm hoping we can make this transition easier for you. I encourage you to join the conversation below regarding these changes:

You will find that users like yourself have similar concerns to share. In addition, the Confluence product managers are also involved in the conversation.

I would say that's the best place to make yourself heard and get direct feedback from our PMs.

Here’s another edition of “What’s New” this month in Confluence Cloud. Quickly (and more easily) adjust permission settings We know that sometimes the layers of space permissions and page restric...