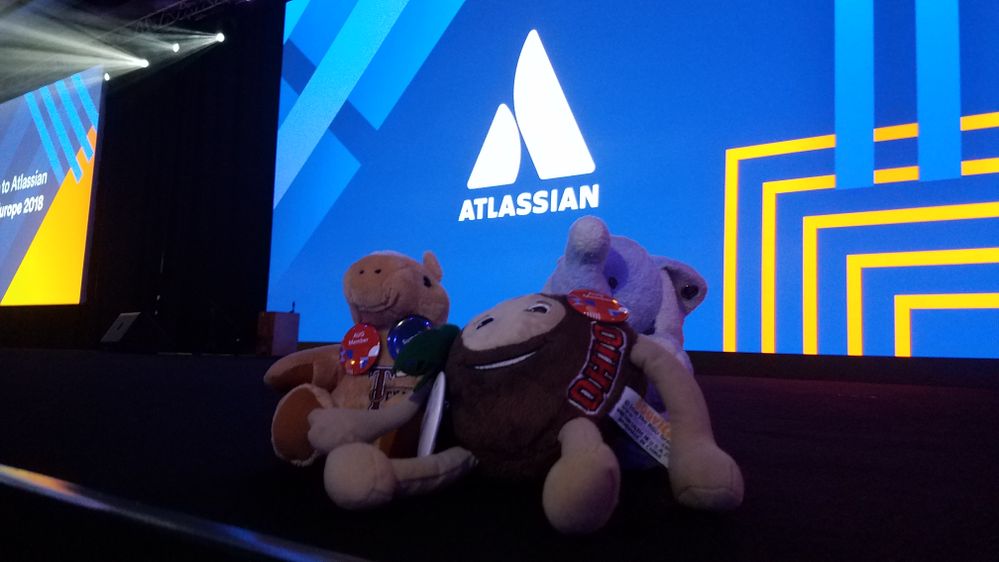 Some of you already have met Chuck the Buckeye, and have heard the story of how he became the Columbus AUG mascot,  for those who haven't though...

In 2015, my first year as an AUG Leader and my first trip to Summit, we had an AUG Lounge on the expo floor.  We were asked to bring a symbol of our City, to showcase the different areas we were all from.  I had a hard time coming up with what I thought was a diverse symbol of our City (we are more than OSU! darn it!) and so I put off and put off shopping for our symbol.  I finally decided to just wait until I was at the airport to pick something, I figured what has the highest concentration of City Kitsch than the airport?

So departure day arrives, and I am at the airport, and again surrounded by Ohio State Buckeye stuff, still trying to find something I think really says "our town" Columbus, when I see these stufties in the bin, and initially walk by, with a bit of a huff.  "oh look...more buckeyes" and continue my wondering around the Hudson News shop.  I wonder back by again and I notice this little guy....and he's got three feet and one hand!

And so Chuck went on his very first Adventure to the 2016 Atlassian Summit to represent all of us here in Columbus Ohio.  He had his picture taken with many Attendees, Partners and even Mike Cannon-Brooks and Scott Farquhar!  Last year in 2017 @Do Not Use Brought along Charlie Horse for the Dallas AUG and this year we met Dana Jansen's Ellie!  There were many more stuftie companions pictured in the feed of the Summit App.  Maybe we will have a stuftie AUG at the next Summit.

Chuck can usually be found setting with our event Registration sign and we hope you'll take a selfie or two with him and post to this thread.

Do you ever take a stuftie or other item as a travel companion to events with you?  If so tell us about them in the comments

@Kimberly Deal _Columbus ACE_ was actually the first person I ever met at Summit purely because of how cool I thought the idea of Chuck was. I absolutely had to get my picture with him, and I did! 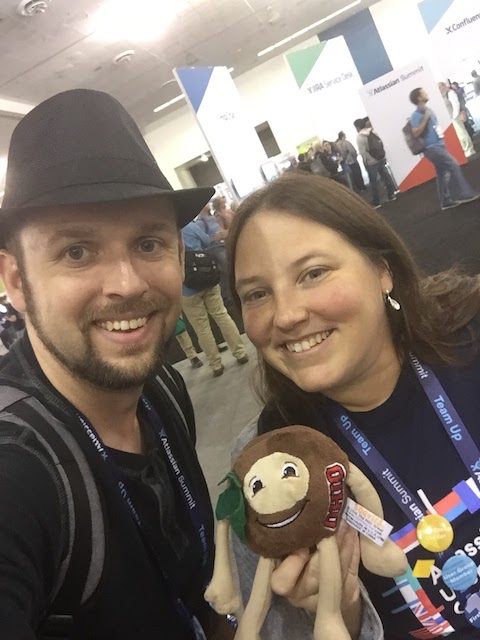 The next year, just before Summit, I was recruited to be a co-leader for Dallas. My first thought was, "I HAVE to find a mascot to hang with Chuck!" After weeks of searching, Charlie Horse fell off a shelf while browsing the souvenirs at the airport heading to Summit. Charlie and Chuck hit it off right away. :) 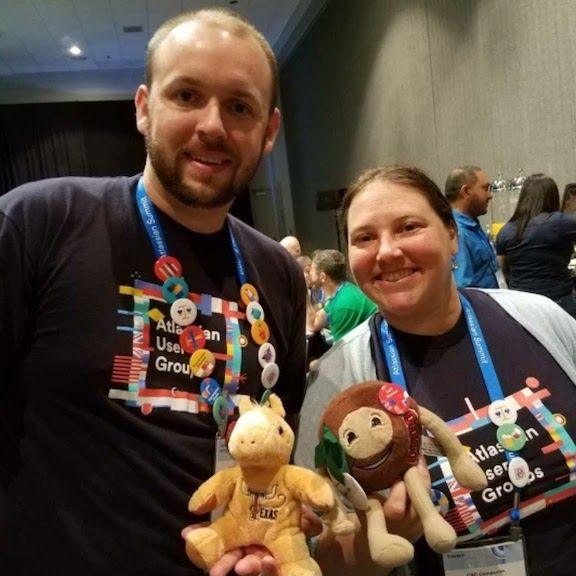 These are great pictures @Jeff Tillett!  I can't wait to see you and Charlie at US Summit.  I think it's hilarious that we both found our mascots at the airport! A true story of how the #AUGimals were born.

@Greg Sprowls  I know you have something to share with us :D  I have been impatiently waiting to have a good smile at some pics.

Well I tried loading more than one photo in the response, and it broke the whole image loading option now.  So not sure how I did that but ... that makes it a little harder to share.  We'll see if we cannot get around that though, shall we?

So I feel like there should be a little back story here to help complete the picture.  Many moons ago, within my group in the Air Force there was a story born of a trouble making monkey called Travis.  This monkey was often to blame for our group's shenanigans ... well, because Travis was the instigator of chaos.

For each trip we take, Travis would accompany someone to serve as a mascot on the trip.  Or for longer overseas trips, he would be shipped with love via courier.  He's had many opportunities to see the world.  Most recently he was with me in our trip to California.  Here are some of the photos we got of Travis on this latest journey:

Hah!  I love that last one!  I think we can all identify with Travis there, amidst the pizza boxes!