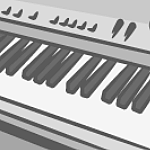 Hi folks, hopefully this is a noob issue that I haven't been able to find the answer to...

Here are the steps that I'm taking when trying to get the python functional test numbers:

<cd back to where the main pom.xml is>

As mentioned earlier, when I take a look at the report it says I have executed 0 tests, and have 0% test coverage.  I do not see any errors when generating the report, or executing the python tests.

I thought that things could possibly be because we kill off processes at the end of each functional test, so I added the following to the main pom.xml as suggested by the doc:

and I inserted a 1 second sleep statement prior to killing of the processes in the python scripts.  I do see the print statements indicating it is sleeping before the kill.

Still, I do not see any tests run or any test coverage %.

You wrote that you have called the following commands:

I suspect that what happens here is:

As a consequence, your python tests are running with a non-instrumented application and no coverage is recorded. Next, 'mvn clover2:clover' is called which generates a report using 'clover.db' (as it was prepared during 'clover2:setup'), but with 0% coverage.

I guess that you should call it like this:

One more thing. I've noticed that you have flushInterval=5 seconds and at the same time you have 1-second sleep before killing the JVM.

Actually, nevermind the latter, it looks like there is something else at issue here.

> Exception in thread "main" java.lang.NoClassDefFoundError This is related with missing clover.jar on the class path (KB article about it: https://confluence.atlassian.com/x/lwjoEg), so your decision to add clover.jar was correct. > SLF4J: Failed to load class "org.slf4j.impl.StaticLoggerBinder". Clover does not use SLF4J, so it must be something wrong in your application.