Can I capture a Bitbucket build number in a Jira issue? 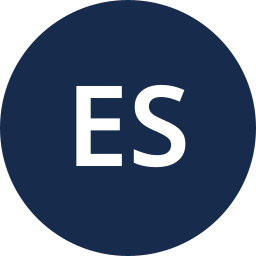 We are using the Cloud products, and while I keep finding server product answers to this online, they don't immediately seem workable in the Cloud versions.

So, my use case / ask is this:  After a PR is merged and build process completes (or even if it doesn't), I'd like to get that Bitbucket build number displayed (and linked, ideally) in the corresponding Jira ticket.

I know the BB build number is available in some sense from this page (and others):  https://support.atlassian.com/bitbucket-cloud/docs/variables-and-secrets/

See the second row of the table:  BITBUCKET_BUILD_NUMBER

However, the custom field options I'm seeing in the Cloud version of Jira aren't obvious candidates for pulling this in, but I'm open to all options or ideas!  :D

Thanks for any suggestions!

The BITBUCKET_BUILD_NUMBER is a Pipelines variable and it is accessible only to the build while it is running. It cannot be used outside of the build.

We have an integration for Bitbucket Pipelines and Jira Software that allows you to see build information on a Jira issue, however, it requires that you put the issue key in the branch name:

I am quoting the example from the documentation, if you have a branch named 'feature/ST-1-build-mk2-boosters', then build information would appear in the Jira issue ST-1 every time your pipeline runs against a commit within that branch. I'm not sure if this is something that would suit your needs?

Another idea would be to have a custom field in Jira, and then update its value via an API call in the after-script of the Pipelines build. One issue here would be how to get the Jira issue key during the build, in order to update the Jira issue.

I was wondering if you could give us some more details on your use case, so we can see if there's a way to achieve what you like:

1. You mention "After a PR is merged and build process completes": how are these builds defined in the yml file? Is it builds that run automatically on a specific branch, e.g. master or develop, and they get triggered when you merge a PR to that branch? Or are they custom builds?

2. Do you use the source branch of each PR for only one Jira issue?