Build-test-deploy of a docker container in a bitbucket pipeline 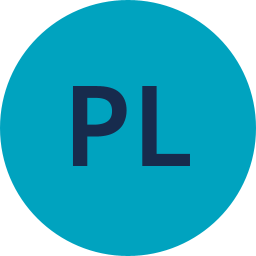 I'm trying to set up a bitbucket pipeline for a docker container. Like any software project, I want the basic pipeline process to be

- Test the container (use it in a step?)

And on merge to the develop branch:

- Build the container (unless there's a better way!)

For release and master branches, I'd like to be able to simply promote the most recent versions from the previous level; i.e. develop-> release, and release -> master.

However, I'm wondering if there's also a need to at some point delete entire images and/or tags as well. And if so, where does that fit in and what is the best way to accomplish that? Custom scripts around the Docker registry API ?

I'm very new to building/maintaining docker images and repositories, and the Docker Hub docs are not overly helpful with how to set up a proper pipeline process.

Any help/advice/pointers would be greatly appreciated!

This seems pretty straight-forward, until names and tags on container images a built using dynamic variables...  For example, the following can't possibly work, because the image name I want to pull is dependent upon evaluating variables set in a script which hasn't been called yet.

Now, if Bitbucket pipelines had the ability to set RUN TIME GLOBAL variables in the bitbucket-pipeline.yml file, this would work perfectly.  Other than attempting to set some of these variables in the repo-specific variables area, I'm stumped on how I can pull an image I just pushed in a previous step.

In case it's not obvious, I am indeed trying to build a container I want to use to actually run my pipelines in. And I want to be able to build and test this newly built container by actually running it in this pipeline.

Running `docker save` to save the image as an artifact which gets `docker load`ed in a the next doesn't seem to be the right thing either.

I have solved a similar problem. You could define a `<branch>-latest` tag against the images for respective branches. Your deploy & test step then pulls this `latest` tag always.

This is something that works for me. You can push the desired release numbers to Docker Hub but also mark the `<branch>-latest` tag so as to reference that in the deploy & test pipelines.

Thank you for that suggestion. It had crossed my mind to do something like this. One of the things I was stuck on was, what if the branch name isn't consistent (i.e. feature branches), and then how to I delete these images or tags.

But your solution seems better. Create a particular tag for all dynamic branches (i.e. my `default` pipeline!) and append the build number and/or `latest` tags. Then in the test step, pull `myimage:latest`.

I'll give that a go if my current approach doesn't work (which is attempting to use a custom pipeline triggered from itself and passing in the dynamic tag!).