I have written a custom pipe that accepts variables. If I explicitly pass the variables to the pipe in my bitbucket-pipelines.yml file, it works as expected. However, from some of the documentation I have read online (specifically this one - see Default Variables section), it suggests that it should be able to read the variables from the context.

There is a good chance that I have misunderstood what this means. I am assuming that any environment variable that I have defined at the account, repository or deployment level would get passed into the pipe when I define a variable in the pipe.yml and default it to the environment variable - as shown on that linked article. However, if I do not explicitly pass the variable into the pipe then it doesn't work.

Is there a step I have missed, or something I have not enabled etc to get this to work? Or I have misunderstood the feature and it is not possible. Any help would be greatly appreciated.

Here is what I have put together.

I have created the repository variable.

This succeeds echoing the value in the variable and displays the success message:

Test variable has been passed through

bitbucket-pipelines.yml - My assumption is that this version should work too, but it fails

I get this failure message as per the pipe.sh:

I have managed to figure out where I have been going wrong. It is not clear in the documentation that the pipe.yml will only get used if you use the bitbucket repo to invoke the pipe instead of going directly to the registry.

In my example above I showed `<url_for_pipe>`. In my case I was pulling the pipe directly from AWS ECR. Once I changed this to point to my bitbucket repo instead it then started using the defaults defined in pipe.yml. The two different ways of calling your pipe are described in step 11 in the how to write a pipe for Bitbucket Pipelines article. Once I started calling them as per point 2, it started working for me. It would be useful if the documentation explained the implications of using one way over versus other.

Can you expand further on the steps that you did?

So there are two ways that you can invoke your pipe from within the bitbucket-pipelines.yml file. The first way is to specify the docker url which pulls it directly from the docker registry (or your own such as AWS ECR) and spins up the container. The second way is to specify the name of your bitbucket repository for the pipe. The pipe.yml file will only be consumed when you use the second option - point it to your pipe repository.

The two main things to talk about in here are the image and the variables. The image is the docker hub url for the container (including the docker tag). The build pipeline will read this and go and get the container from this location. We have defined two variables and both of these have defaults set. The DEBUG variable is defaulted to 'False', but the AWS_ACCESS_KEY_ID variable is set to read an environment variable. If this variable has been set against your account, the repository and somewhere else in your bitbucket-pipelines.yml file, it will get pulled through and used. If it does not exist, it will be empty (null).

Now it's time to consume our pipe. We have a separate application that we are working on that we want to use our new pipe during the build. We define our bitbucket-pipelines.yml file like so:

In this case we have said to obtain the pipe by going to the bitbucket repository instead of going directly to docker to get it. This was the bit I missed when I first tried building my own pipe. This way the pipe.yml in the root of the pipe's bitbucket repository gets read and is used to go and get the container using the URL defined in the pipe.yml file. It also reads all of the variables you have defined along with the defaults that you have specified and attempts to load any defaults you have specified and passes them through to the pipe instance. In our example above, we have set the value of the DEBUG variable, but left the AWS_ACCESS_KEY_ID to be defaulted because we have defined that using an account variable in bitbucket. Take note that we are specifying a version number (or tag) at the end of our bitbucket repository - 1.0.0. This can be either a tag or a branch in your repository.

This should all be working now as you would expect.

Let's look at the other way and understand why it doesn't work. Let's assume we set the bitbucket-pipelines.yml like this:

In this case, the build pipeline is going to pull the container directly from docker and not go to our repository and our defaulted values will not be set. The reason (I believe) that this does not work is because the pipeline never reads the pipe.yml file, even if you have added it to your docker image. This is because the defaults need to be defined at the point of spinning up the container. My guess is that they are being set as environment variables against the docker container at the point it is being spun-up. Therefore, it would be too late to try and read the pipe.yml file from within the container. The only way it can work is by the pipeline knowing how to default your variables before it starts the container, and the only way it can do that is by looking in your bitbucket repository and reading the file.

I hope that all makes sense.

Thank you so much. This really clears it up as I was told something different by Atlassian and it didn't work.

My last question is when you say you can call by tag or by branch. to call by branch would it be like

Yes you can set it to point to master, as you have shown in your example, and it will work.

I am also facing the same issue as mentioned in below:

I also tried to pass the variables through the repository variables but the values are not getting passed to the docker container. Not sure what is the right way to achieve this... 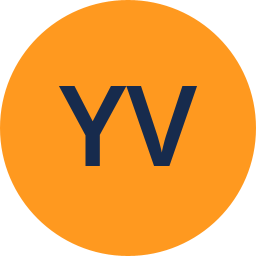 today I wrote a Custom Pipe and encountered the same question.

A Custom Pipe is subclassing bitbucket_pipes_toolkit.Pipe which itself has and env property.

This is a Dict-like object containing pipe parameters. This is usually the environment variables that you get from os.environ.

Base class for all pipes. Provides utitilfdfites to work with configuration, validation etc.

Dict-like object containing pipe parameters. This is usually the environment variables that you get from os.environ