In order to create and register a runner, we have to use the bitbucket.org web interface to create an individual runner, then we can copy down the relevant docker commands for creating a single runner.

I'm curious about whether it is possible, or perhaps someday will be possible, to dynamically spawn a runner. For example, it would be nice if I could manage a cluster of runners via Kubernetes or Docker Swarm given some kind of master credentials that allowed for creating runners on the fly.

@Chad Gilbert Sorry for the delayed reply. Yes, autoscaling of self-hosted runners on a K8s cluster is on our long-term roadmap. In the short term, we will be releasing the APIs so that you can build a custom solution to automate the creation of the runners. We are currently aiming at releasing the APIs in the next quarter.

I would like to dig a bit deeper into the problem you are trying to solve. When would you auto-scale runners?

I think my most pressing reason for asking this question revolves around the tedium of registering and upgrading a cluster of runners: We have no option at present other than managing each runner by hand in the Bitbucket interface and running appropriate Docker commands to upgrade (or remove and recreate) each container, often meaning logging into multiple hosts and running the same kinds of commands over and over. Right now, it's just a lot of legwork any time an upgrade is needed, and there have been several times where a breaking change in Runners forced us to upgrade our cluster before builds could be resumed.

In my particular case, we've just got some commodity hardware sitting in-house acting as runners, and that suffices for our case right now, so auto-scaling in and of itself isn't that high a priority for me, but it seems to coincide with the automatic creation of runners.

However, your comment about releasing API endpoints for runner automation sounds very promising, and given that, I would probably try to cook up an automation solution that would fit our needs. Thanks for the update!

Thank @Chad Gilbert for explaining the use case. We are aiming to make the Runners API public in the next quarter. Auto-updating of runners is something that we have been investigating, would an auto-updating running fit your use case?

An auto-updating runner would definitely ease some of the regular burden! I look forward to the API updates in the next quarter as well. Thanks! 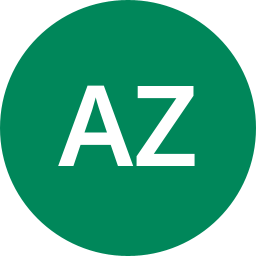 @Justin Thomas any ETA to release Runners API? It's super useful for us to have ability to register Workspace runner using k8s job script in the beginning of pipeline and release this job at the end of pipeline

Any update on AutoRunner API?