How do I list all available disks in Linux? 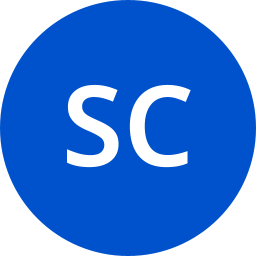 When building automation, sometimes we need to iterate through all of the available disks on the system.  What's a quick and effective way to do this?

I was working on this problem today for a project.  Here's what I came up with...

For example, in the case of my current project, I want to mount all of these partitions to /mnt/glusterfs/$disk...

Now the above exists in many places on the Internet, but let's add a twist to separate the rock stars from the newbies...

Assume you want to operate only on the disks that are NOT mounted to the system (because when we are deploying systems, we almost always have a mounted file system).  How do we filter out these already-mounted and healthy file systems?

Now that's a little bit more awesomeness.  We know that because the file system is mounted, then a DIR (directory) and one or more files will be open.  Our friend `lsof` always tells us about open files, so testing the output of this command with a simple regex and counting the number of lines (wc -l) in the result gives us an idea as to whether or not a disk is in use.  That means we can do something like this to a virtual machine deployment we are automating....

In the above example, we only care about disks that are not in use.  We identify these disks and then use `mkfs.ext4` to format the disk with the ext4 file system.  Since we want an automated job, we echo a "y" character and pipe this to `mkfs.ext4` to avoid being prompted for any confirmation.

Disclaimer: As a fellow Atlassian SOPS Engineer (ahem, thanks Harold) pointed out just now, `lsof` is expensive. Using lsof -n will save you a considerable amount of effort. However, using the `lsof` command in a loop should be avoided in most use cases. In the above examples, the expense of `lsof` is mitigated by the fact that it is to be used in a machine deployment scenario 10s after boot.

I'm happy to announce that Bamboo 7.2 has been released and it’s overflowing with awesome new features. This will be the last major Server release before the launch of Bamboo DC. Bamboo logs We...