How can I dynamically set a plan variable in a task in Bamboo? 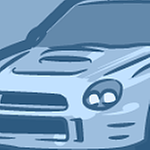 I need to set a variable in my Bamboo plan based on a field in my POM. This variable will then by used by the next task. How can I achieve this?

The full scenario is: I have a plan that branches my project for release. Currently I use two variables to hold the branch name and the next development version number, which is set manually using Run Customised. However if I can read the version number from the pom.xml file, these values can be calculated. So ideally I would like to use a script to:

I have looked at the plugin exchange and all that seems promising for this is the Groovy plugin, but this does not seem to work on 4.0 and even then I don't know how to set a plan variable from the script. I'd prefer not to write a custom task for this unless there is really no other way.

Any help would be greatly appreciated

EDIT: Take a look at the Inject Bamboo variables from file Task in Atlassian Labs.

There is an improvement request open to implement a Task that can read keys and values from a properites file and turn them into Bamboo variables. Would this work? If so, please vote for it.

There isn't a good way of doing this short of writing your own Task for the moment.