Best Practices building a build on Bamboo for .NET solutions

I am testing Bamboo for my team and i am looking for some best practices for before i dig into it. Let me tell you couple of facts about what i have to deal with :

My questions are as following :

I guess these are my questions as a start. I will add if we start a discussion. 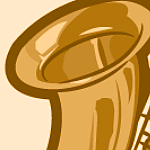 @James thanks for taking the time to answer.

Do i get some kind of flexibility using the tasks inside Bamboo vs External task or script ? I mean is there any benefits such as seeing a better progress, logging, failure etc is better using the Bamboo taks ?

The advantage to using Tasks is that you are able to configure everything your script does in the Bamboo interface without writing a script.